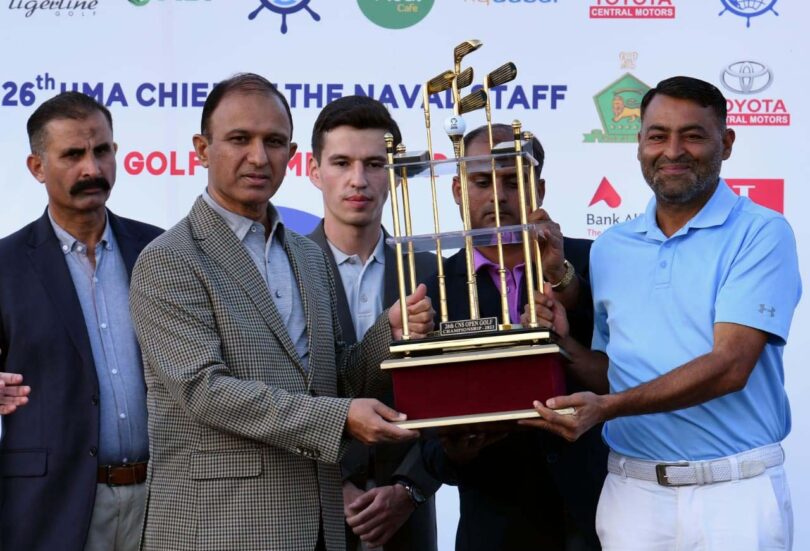 The prize distribution ceremony of the championship was held at Karachi Golf Club (KGC). Chief of the Naval Staff Admiral Muhammad Amjad Khan Niazi graced the occasion as Chief Guest.

The four days long Golf Championship held from 29 Dec 22 to 01 Jan 2023, has become a major event in golfing circles.

More than 600 enthusiast golfers participated in the championship that attracted golfers across the country. While speaking at the ceremony, Chief of the Naval Staff appreciated KGC staff and the organizers for seamless conduct of the championship and congratulated the winners for their remarkable success.

Naval Chief lauded the high standards of the game that provided exciting and quality entertainment. He appreciated the sponsors in supporting the game of golf and conduct of the championship.

The Ceremony was attended by various civil and military dignitaries including officers, organisers, sponsors, golfers and media fraternity.