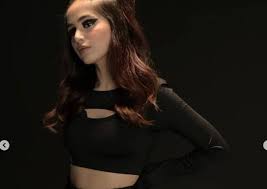 LAHORE: Pakistani singer Aima Baig is making rounds on special media with her over the top fashion choices nowadays. The Malang singer appears to be so influenced by K-Pop that she often tries to create those looks.

Aima Baig took her Instagram handle to share the pictures of herself in bold outfit. With the smoky eyes makeup, Aima Baig was wearing a cropped black shirt. She was sporting a pair of black boots and black cargo pants. She also had a hairstyle that was similar to K-Pop.

Have a look at the pictures:

On the other hand, a certain segment of online users criticized Aima Baig because they believed the singer always tries to imitate American artist Ariana Grande.