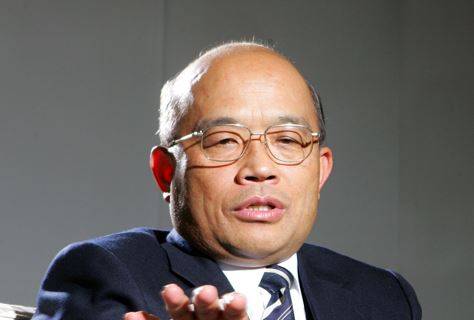 Taiwan’s premier has accused China of violating international trade rules and discriminating against the island after it halted more Taiwanese imports. According to the details, Chinese customs authorities had suspended imports of certain alcoholic beverages from the island because of the nonregistration of a few Taiwanese firms with Chinese Custom Authorities. However, Taiwan Prime Minister Su Tseng-chang accused Beijing of violating World Trade Organization (WTO) norms by making its own rules and meddling in trade through administrative means.

China-Taiwan tension has escalated during the rule of former Taiwanese President Tsai Ing-wen since 2016, because Tsai forged closer ties with Washington, and refused to accept the formula that her predecessor agreed to promote cross-strait ties between the Island and mainland China. Whereas, Beijing claims self-ruled democratic Taiwan as part of its territory to be taken one day, by force if necessary. Due to reason, China gradually adopted a more hostile approach toward Tai Pei and imposed bans on the trade of certain goods with the Republic of China (ROC).

Historically, the bilateral relations between PRC and ROC had deteriorated significantly, after the US House Speaker’s controversial visit to the Island while a trip by a group of UK lawmakers further added to this controversy, and Beijing ramped up military and economic pressure against the tiny island. Recently, China slapped fresh bans on certain imports in retaliation for Taipei growing intimacy with the west, while the Taiwanese government plans to appeal to the World Trade Organization (WTO) to get assistance against alleged trade discrimination of Beijin.

The global community has set certain rules and regulations regarding interstate trade relations, however, these golden principles have never been fully employed by the powerful nations and every influential had coined its laws to betray the global community and defy the universal code. Interestingly, Taiwan’s western allies had set numerous examples of monopoly and trade discrimination, while Tai Pei itself banned imports from Japan and South Korea multiple times in the past. In fact, face doesn’t reflect personality flaws otherwise no crook ever hide in this world.