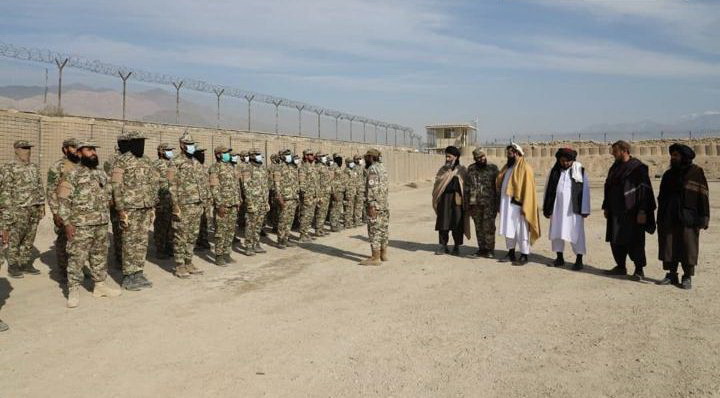 KABUL (Agencies): Local Chief of Laghman Police Mawlavi Najibullah Badakhshi, and many other local military officials attended the graduation ceremony to address the Special Forces on their graduation.
On the occasion of addressing the soldiers, Mawlavi Najibullah Badakhshi said in his speech that the Islamic Emirate of Afghanistan will protect, protect the Islamic system with complete honesty and sincerity.
The graduated soldiers swore that they will serve the citizens with full sincerity and will not allow any destructive group to disturb the security of the country.
In the end of the ceremony, graduation certificates distributed to soldier in on that province.