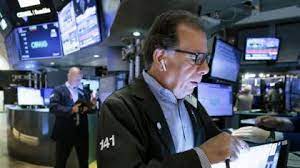 After a torrid 2022, equities have enjoyed a strong start to the new year thanks largely to Beijing’s decision to throw off the shackles of its strict zero-Covid policy, which battered the economy.

Markets were experiencing “a mild bout of profit taking after recent gains”, said Richard Hunter, head of markets at Interactive Investor.
While there are concerns about the short-term impact of soaring Covid infections across China, investors are growing increasingly confident in Beijing’s pledges of government support, including for the troubled property sector.

Signs that officials are taking a lighter approach to tech firms after a long-running crackdown have also provided support.

But sentiment is still closely linked to the outlook for US monetary policy as the Federal Reserve battles to bring inflation down from four-decade highs.

A recent run of data suggesting the world’s largest economy is slowing has provided hope the bank will be able to decelerate the pace of rate hikes and avert a recession — a so-called “soft landing”.

Still, policymakers appear determined to keep lifting borrowing costs until they achieve their goal of two percent inflation, from the current 7.1 percent.

In the latest salvo, San Francisco Fed boss Mary Daly said rates would likely go above five percent before the policy board decides to stop lifting, while Atlanta Fed president Raphael Bostic tipped a similar level though added that they would not be changed for “a long time”.
The comments dealt a blow to investors hoping for a change of tack later in the year.

“Hawkish comments from a couple of Federal Reserve officials overnight took some of the sheen from Asian trade,” Hunter said.
European stock markets were lower around the half-way mark and ahead of Wall Street reopening.

All eyes were now on the release of US consumer price index figures on Thursday, which could play a key role in the Fed’s next policy decision at the end of the month.