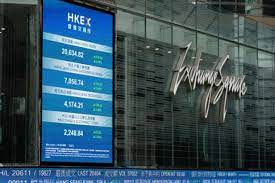 London (AFP): Stock markets rebounded Friday after a rocky week dominated by uncertainty over whether the global economy will suffer recession this year as inflation remains stubbornly high.

Traders are weighing poorly-received US economic data and earnings against an expected boost from China’s reopening after three years of painful lockdowns.
On currency markets, the yen slid one percent against the dollar, even as data showed Japanese inflation hit a four-decade high.

Analysts are not convinced that despite rising prices, the Bank of Japan will start to raise interest rates.

Oil prices meanwhile extended Thursday’s gains as investors focused on the recovery in demand from China, with suggestions that the country’s Covid infections may have peaked adding to the optimism among commodity traders.

“The overarching concerns of a global slowdown remain, even though… investors are still pinning their hopes on a significant boost from the reopening in China,” noted Richard Hunter, head of markets at Interactive Investor.

“This possible division of prospects between Asian and other economies is propping up Chinese markets in particular, albeit amid a rocky start to the year.” Google’s parent company Alphabet on Friday announced plans to axe about 12,000 jobs worldwide.

The move comes a day after Microsoft said it would reduce staff numbers by 10,000 in the coming months. Similar layoffs by Facebook owner Meta, Amazon and Twitter have also been revealed as the previously unassailable tech sector faces a major economic downturn. On the upside, US streaming giant Netflix has said that it ended last year with more than 230 million global subscribers, beating analysts’ expectations as hits such as “Wednesday” and “Harry & Meghan” enticed new viewers. Netflix became a publicly traded company in early 2002 at an opening price of $15 a share.