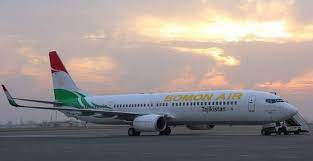 Pakistan’s aviation industry is flourishing with each passing day as another foreign airline has announced the commencement of its flight operation for the country.

Somon Air will operate direct flights from Tajikistan to Islamabad. The PCCA spokesman said that Somon Air is a private airline in Tajikistan.