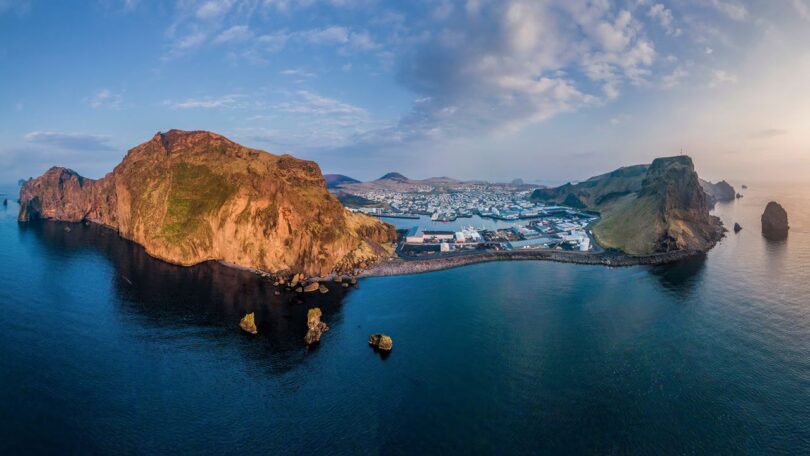 (CNN): From legendary nightlife hotspots to volcanic outposts far off the continent’s mainland, Europe has islands in spades. But for every Mykonos, Ibiza or Santorini, there’s someplace lesser known and equally lovely to escape to where you can ditch the crowds and get closer to nature.

Here are some of the best islands in Europe for getting away from almost everyone:

The Netherlands is better known for canals, dikes and tropical Dutch Caribbean Islands like Bonaire and Curaçao than the sandspun isles along the country’s North Sea coast. But one of Europe’s most peaceful island escapes awaits on Schiermonnikoog in the West Frisian Islands, located off the Netherlands’ northern coast across a shallow inlet of the North Sea called the Wadden Sea.

Home to just 950 people and a lone town, Schier, as locals call their island, is primarily national parkland, covered in dunes and forests and with some of Europe’s most pristine beaches.

“Besides the beautiful nature and the vastness of it, there is not much to do on the island. And that is precisely the charm,” says Annemarieke Romeijn, who has a holiday home on Schiermonnikoog and has been visiting all her life.

Only residents are allowed to drive cars on the island, which you can get to from the mainland Dutch village of Lauwersoog by hopping a 45-minute ferry. Once there, visitors can spend their time hunting for pieces of amber washed ashore on the island’s wide white sand beaches, take kitesurfing lessons along natural sandbanks and cycle and hike the island’s miles of lonely trails.

There are more puffins than people here, but human visitors are richly rewarded.

Home to more puffins than people, the island of Heimaey in the Vestmannaeyjar (Westman Islands) off Iceland’s south coast looks straight from a story book, with emerald green cliffs dotted with sheep, a sweeping black sand beach and sea caves yawning from its rugged coastline.

“The view alone coming into Heimaey takes your breath away,” says Eyrún Aníta Gylfadóttir of Hotel Ranga, a hotel on mainland Iceland that regularly sends guests on day trips by ferry to the Westman Islands, a 40-minute crossing. “The harbor is surrounded by high cliffs and home to seabirds of many kinds such as puffins, northern gannet, northern fulmar and Manx shearwater,” she says.

A cataclysmic volcanic eruption on Heimaey in 1973 covered the area in 200 millions tons of ash and lava but miraculously just one death was reported. Today, utter peace reigns, with lonely hiking trails to explore and vast ocean views.

Only about 4,500 people share Vestmannaeyjar with nearly a million puffin pairs that make up the largest Atlantic puffin colony on the planet. The breeding season, between April and late summer, sees birds careening from the cliffs and carrying fish to their young in cliffside burrows.

Waterfalls trickle down an imposing rock face on the island Flores in the Azores.

One of the most remote islands in an already remote archipelago, Flores Island in the westernmost stretches of the Azores is a nature lover’s dream.

Deep blue crater lakes, vivid green slopes, plunging valleys, waterfalls and boiling hot springs are among the otherworldly sights on the 55-square-mile volcanic island home to roughly 3,400 people, where you can arrive via flights from other Azorean islands

“On this island you have the sensation that you are in another world. No pollution, no stress, no noise.” says Gabriela Silva, 69, who was born on Flores and still lives on the island near an Airbnb she rents to guests. “The sea all around is very clean, deep blue and you can dive in and feel the sensation of being in the house of gods.”

One of the most magical sites on Flores is Rocha dos Bordões, a geological formation of basalt columns draped in vegetation that looks like the backdrop of a dinosaur film.

Visitors must fly into Bodø in Northern Norway then continue north by boat to reach this private island owned by Norwegian adventurer Randi Skaug, the first Norwegian woman to scale Mount Everest.

Naustholmen guests stay in rooms spread across three houses on the island and spend their days kayaking to white sandy beaches lapped by deep blue waters or hiking nearby peaks for views of the Lofoten Islands to the north. They can also simply swing in a hammock (or even sleep overnight outside in one) and do nothing at all, surrounded by the silence and beauty of this remote place.

“Have lunch over the fire on a beach, go hiking across the spectacular Nordskot Traverse or hear a mini concert in a local cave,” says Torunn Tronsvang, CEO of travel company Up Norway. “This is a place which will give energy and inspiration.”

This turquoise paradise is off the western coast of Scotland.

One look at the turquoise and deep sapphire waters and perfect surf waves rolling onto its shores and it’s clear why the Isle of Tiree is sometimes referred to as the Hawaii of the North.

The most westerly island in the Inner Hebrides archipelago, off mainland Scotland’s west coast, 12-mile-long Tiree is known for its mild climate, clean air and beautiful white sand beaches that could easily be mistaken for the Caribbean in photos if not in person (August water temperatures are in the brisk upper 50s Fahrenheit, or about 14 Celsius).

Intrepid surfers know Tiree for its uncrowded beach breaks, and the eight-room Reef Inn caters to the board-riding crowd. The annual Tiree Music Festival draws up to 2,000 attendees every July for a Scottish folk music extravaganza, but you’ll most often have the island’s mostly flat walking and cycling trails and 46 miles of gorgeous beaches to yourself. Visitors arrive on Tiree via four-hour ferry rides from Oban or flights from Oban or Glasgow on Loganair.

About six miles off the coast from Peniche, the Berlengas archipelago is an excellent scuba diving destination.

One of Portugal’s most surprising island destinations awaits visitors arriving by boat for day trips or to camp overnight in the Berlengas archipelago, three groups of mostly uninhabited islands within the UNESCO-listed Berlengas Biosphere Reserve.

Roughly six miles offshore from the mainland Portugal town of Peniche, the archipelago is best known for the Fort of São João Baptista, a fortress dating back to the 1600s that commands an imposing presence atop a rocky outcropping on Berlengas Grande, the largest island in the chain. Rooms can be booked at the fort’s inn during the summer for overnight stays.

Berlengas Grande has campsites open during the summer where visitors can sleep overnight and feel all alone under the Milky Way.

“The landscape is arid but beautiful, and the sight of the Atlantic Ocean crashing around the islands is impressive,” says Arlindo Serrao of Portugal Dive. Serrao says the archipelago is one of the best places for scuba diving in Portugal, thanks to unique currents and a climate influenced by the Atlantic Ocean and the Mediterranean.

Mola mola (ocean sunfish) can sometimes be seen in the waters, and the islands are one of the most important places along mainland Portugal’s coast for breeding seabirds.

Leave the “White Lotus”-inspired crowds to Taormina and make for the westernmost and most remote of Sicily’s volcanic Aeolian Islands for an experience apart.

Wild and rugged, Aliduci is the least inhabited of the seven islands in the chain off Sicily’s northern coast that include Stromboli and Lipari, among others.

“It’s the most wild island in Sicily. They still use donkeys to transport goods around on Alicudi,” says Sicilian Francesco Curione. “If you’re looking for quiet and a castaway feel, this is the place.”

Alicudi’s distinctive volcanic cone rises from the Tyrrhenian Sea to dramatic effect, with colorful fishing boats bobbing along the shoreline completing the postcard look. Buying fish straight from the fishermen in Alicudi is not to be missed.

There are no cars here and only around 100 residents, so finding a quiet spot all to yourself is never an issue. The higher you walk along lava stone steps leading up the volcanic slopes, the deeper the silence and escapism.

There are no hotels on Alicudi, but villa rentals and Airbnbs make it comfortable to settle in and stay awhile.

Skyros is one of two dozen islands in Greece’s Sporades chain.

Greek islands like Santorini and Mykonos in the Cyclades can get so sardined with tourists during the summer months that you might be left wondering what all the hype is about. For a more isolated experience in the Greek islands, set your sights instead north in the Aegean Sea to the island of Skyros.

One of 24 islands in the largely uninhabited Sporades chain in the northwest Aegean Sea, Skyros is reached via flights from mainland Greece as well as by ferry from the mainland and other nearby Greek islands.

Once there, there are secluded beaches to explore, a Byzantine castle towering over the main town and sea and even an ancient breed of miniature horse, the Skyrian horse, that lives in the wild only on this island.

With the exception of the lead up to Lent — when Skyros’ famous carnival puts the island into nonstop party mode with parades and costumed revelry and an inundation of Athenians — it’s a supremely peaceful place.

Stretching six emerald-hued miles long and just one mile wide, Rathlin Island off the coast of Northern Ireland is home to only about 150 permanent residents.

Visitors who arrive via a quick ferry crossing from Ballycastle on the mainland are transported to a wilderness of dramatic sea cliffs home to thousands of nesting birds that include puffins, guillemots, kittiwakes and razorbills. Colonies of harbor seals and grey seals line Rathlin’s remote inlets.

Hiking trails crisscross the ruggedly scenic island and experienced scuba divers are drawn underwater to explore the scores of shipwrecks just offshore that include the HMS Drake, torpedoed by a German U-boat during World War I.

Don’t miss a visit to Rathlin West Light, a lighthouse built upside down on the rocks to better cut through the low, dense fog that often descends on the island.

In the Gulf of Bothnia between Sweden and Finland, the Åland archipelago has more than 6,500 islands, of which only about 60 are inhabited. To say there’s room to stretch out and breathe on these Baltic Sea islands is an understatement.

An autonomous region, the islands belong to Finland but are only 25 miles from Sweden, with Swedish as the official language.

Fasta Åland is the largest island in the archipelago and a good base for explorations. Tour by bike to nearby islands linked by ferries and bridges or just settle into a vacation rental or hotel with a sauna and sea views for a relaxing reset.

HavsVidden offers a secluded escape on northern Fasta Åland with villas with their own saunas overlooking the rocky shoreline.