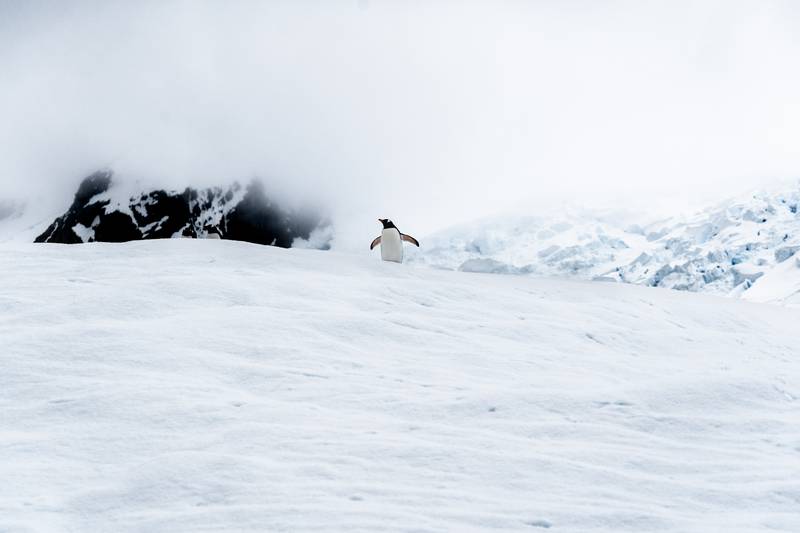 Penguin-spotting in Antarctica is one of the highlights of an expedition cruise to the world’s highest, driest and coldest continent.

Home to several species of the flightless birds, with half of the world’s 18 species of penguin found on Antarctic coasts and sub-Antarctic islands, the region is gaining in popularity as travellers seek seeing animals in the wild.

Luxury cruise operator Panache Cruises says it has seen a boom in bookings for penguin spotting tours, a trend that it has called “the Sir David Attenborough effect”.

“The popularity of David Attenborough’s TV programmes has brought the wonders of penguins to our living rooms and now thousands of us want to see them in their natural habitats,” said James Cole, founder and managing director of Panache Cruises.

“Embarking on an expedition cruise to Antarctica is a great way for wildlife-lovers to see the nature in all its glory while enjoying a hassle-free organised tour.”

Expedition cruising is one way that nature lovers can access some of the world’s remotest areas, and Panache’s small ships are designed to have minimal impact on the delicate environment in which they operate. For travellers keen to spot a penguin in the wild, the company has revealed the seven best places to catch a glimpse of the flightless birds.

Stretching out more than 1,500km towards the tip of South America, the Antarctic Peninsula is the northernmost part of the continent. It’s also one of the most popular and accessible destinations in the region, where travellers will find the greatest variety of wildlife species and the most breathtaking scenery. One of The Peninsula’s main attractions is its abundance of penguins, seals and seabirds. It’s also the warmest region of the continent, so its where many research stations set up base.

Only 15kms wide at its narrowest part, the Antarctic Sound is a channel at the north-eastern end of the Antarctic Peninsula. Also known as Iceberg Alley, it connects the Bransfield Strait to the Weddell Sea and is one of the best places in the region to see Adelie penguins as more than 135,000 breeding pairs live on Hope Bay. The Sound is also a good place to spot large Emperor penguins, seals and whales.

Given its name, it’s no surprise this tiny isle is one of the best spots for penguin enthusiasts. Named during an 1820 British expedition because of the vast numbers of penguins that could be seen along its shoreline from the ship as it passed by, the 2km long island is also called Georges Island and is one of the smallest of Antarctic’s South Shetland Islands.

It’s a nesting and breeding place for Adelie penguins and the often gregarious chinstrap penguins. The animals are protected by a 100-person limit on the shore and visitors are not allowed to roam freely, but guided excursions are offered, including to the 170 metre cone of Deacon Peak, an inactive volcano.

Elephant Island gets its name from the large elephant seals that live there, but it’s also home to colonies of gGentoo penguins and nesting chinstrap penguins. Entirely remote, ice-covered and mountainous, the island is one of the most desolate locations in the world, lying 250 kms off the tip of the Antarctic Peninsula. This place is a must-go for polar enthusiasts as this is where Ernest Shackleton and his Endurance expedition crew took refuge for several months in 1916.

Deception Island in the middle of the South Shetland Islands is one of the world’s most unique tourist destinations. It is a ring-shaped island with a massive crater at its centre, formed by a volcanic eruption. Part of the crater has collapsed, leaving a natural harbour-like formation that’s popular with marine life of all sorts.

It’s also home to one of the world’s largest colony of penguins, with more than 100,000 breeding pairs. The volcano on the island is still active and hot clouds of steam often rise above the shoreline of the black sandy beaches. Travellers can also go swimming here, as the water is warm despite the region’s sub-zero temperatures.

“The Attenborough effect” is perhaps at its strongest in South Georgia, where the British broadcaster narrates the region’s visitors guide. Known as the “Gateway to Antarctic”, South Georgia is located 2,000 kms off the tip of South America, surrounded entirely by the southern Atlantic Ocean.

The region is recognised for its biological importance, biodiversity and breeding populations of seabirds and marine mammals, including petrels, seals, whales, albatross and plenty of penguins. The region has featured in several documentary series, including Frozen Planet, Blue Planet and Planet Earth.

Named after English explorer Sir Francis Drake, despite the fact he never sailed through his namesake waters, the Drake Passage provides a connection between the Atlantic and Pacific Oceans. Known for its rough seas and one of the primary routes to Antarctica, it’s also where travellers can spot a variety of marine life. Its waters are rich in plankton, which attracts whales, seals and ever-popular emperor penguins.