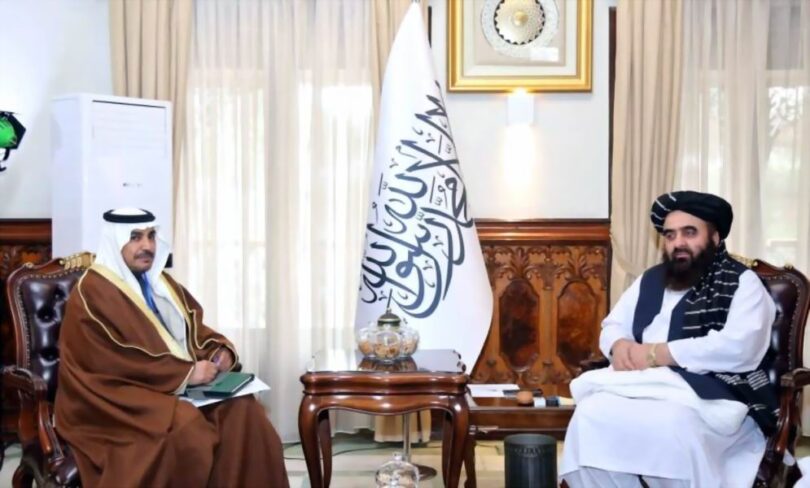 KABUL (Agencies): Acting Foreign Minister, Mawlavi Amir Khan Muttaqi in a meeting with Muhammad Saeed Al-Ayash, representative of the Organization of Islamic Cooperation (OIC) said that through positive interaction and coordination, we can make progress in solving problems.
Saeed Al-Ayash the representative of the Organization of Islamic Cooperation shared his condolence regarding the bloody explosion in front of the Ministry of Foreign’s gate, according to the Ministry’s statement.
In this meeting he said that a delegation of world scholars headed by the Organization of Islamic Cooperation and the technical delegation in the sector of humanitarian aid to Afghanistan will travel to Kabul.
He added that the process of distributing 3 million dollars of aid from this organization began.
For his part, Foreign Minister Muttaqi thanked for their sympathy and called their friendship with the people of Afghanistan appreciable and expressed hope that through positive interaction progress can be made in addressing problems.