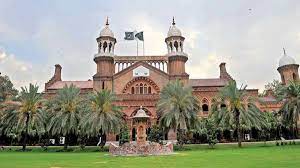 LAHORE (Agencies): The Lahore High Court (LHC) has directed the government to submit an affidavit declaring the details of the Toshakhana gifts as “classified”. During the hearing, the cabinet secretary submitted his reply to the court on a petition seeking details of the gifts withdrawn from the Toshakhana since 1947.

In his reply, the secretary told the court that the information is “classified” and can’t be shared. Justice Asim Hafeez, upon hearing this, asked the government lawyer about his stance on the documents being labelled as classified. At this, Additional Attorney General Nasar Ahmed told the court that Toshakahana was transferred from the Ministry of Foreign Affairs to the Cabinet Division in 1973.

However, Justice Hafeez inquired that since the gifts are purchased how can they be considered as classified? “If an affidavit comes that these items are classified then the court will not disclose those items. Maybe the court can draw a line on what information can be provided and what can be withheld,” observed Justice Hafeez.

He also directed the government lawyer to submit the affidavit of the head of the Toshakhana within two weeks. New Toshakhana policy being developed, court told The cabinet secretary, in his reply to the court, urged it to adjourn the hearing of the case till the federal cabinet approves the new Toshakhana policy. The secretary also explained that as per a circular issued by the Prime Minister’s Office circular on November 26, 2015 details of Toshakhana gifts are classified. He also added that the disclosure of such information may lead to unnecessary media publicity and harm Pakistan’s ties with other countries.

“We are developing a new Toshakhana policy as per international practice. The prime minister has formed an inter-ministerial committee which submitted its suggestions on the policy,” he added. The secretary also told the court that after approval from the Prime Minister’s Office, the new Toshakhana bill was presented before the federal cabinet. He added that the bill is pending approval.