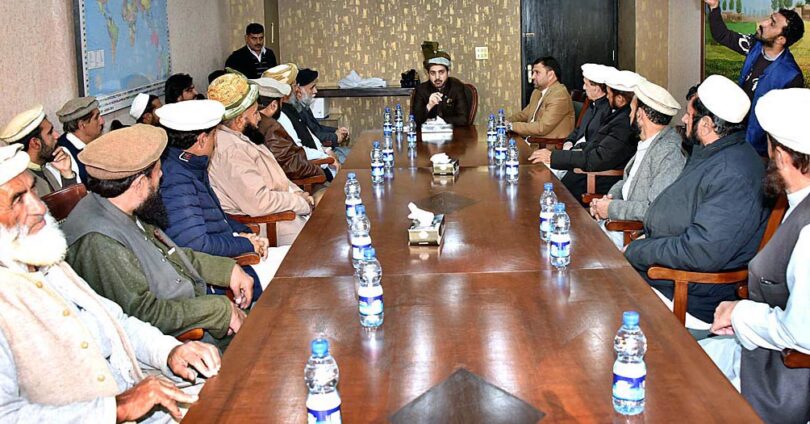 Talking to a delegation of tribal elders led by senior parliamentarian GG Jamal and former senator Aurangzeb Khan Aurakzai at Parliament House, he said a transparent census of the merged districts was imperative for the future development process. Acting Chairman said that a new era of development would begin in the erstwhile FATA after the census, which would also help solve the problems identified by the delegation of elders and leaders. However, he stressed that steps must be taken to ensure sustainable development.

He also assured all possible cooperation to solve the problems of the newly-merged districts.

He informed the elders on the problems, social and economic difficulties, and other important issues arising after the merger of the erstwhile FATA.

Acting Chairman, while welcoming the delegation, said he himself hailed from the tribal area and tribal traditions and culture were very close to his heart.

Afridi said that the upper house always raised its voice for the backward classes and tried to solve the problems they were having with the provinces.

He said the elders’ visit was a source of encouragement for him and it was also a reflection that the tribal people have full confidence in their institutions.

Senator Aurangzeb Khan said the people of merged districts have sacrificed for the sake of the country. He drew the attention of the Acting Chairman to the problems and said the census was a fundamental problem and the relevant authorities and institutions should clarify their strategy. Afridi acknowledged and lauded the leadership skills of Senator Aurangzeb Aurakzai and GG Jamal. (APP)