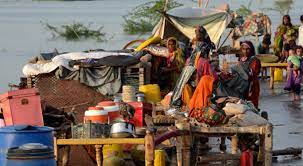 ISLAMABAD: Federal Minister for Energy (Power Division) Engr Khurram Dastgir Khan on Monday said that incumbent government would work with the coalition partners to strengthen democracy in the country.

Talking to a news channel, the minister said, “Facilitation of flood victims is the top priority of the Federal Government, and we are working with the coalition partners in this regard.”

Clearing the air over the energy conservation plan, he said that consultations were done before taking the decision, adding that the trading community was informed on the matter.

Orders had been issued to reduce electricity consumption by 30% in all ministries and divisions, he added. Criticizing the previous government led by Imran Khan, the federal minister said that the PTI was responsible for the reduction in the production of wheat and sugar, which was a major reason for the price hike in consumable commodities. The worst floods destroyed standing crops and infrastructure, which further contributed to inflation, he added. (INP)