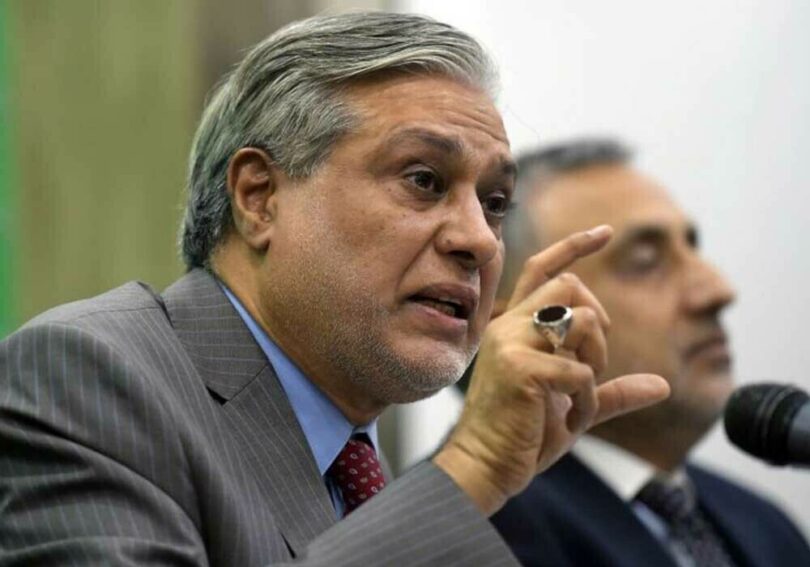 Ishaq Dar is a seasoned politician and fifth times Finance Minister of the country, however, his latest assertion was purely out of senses as he declared $6 billion of commercial banks as state money which is logically incorrect and also prompted fear among the masses because of PML-N previous history of freezing public money in the foreign currency accounts at the time of western sanctions agaisnt Pakistan after Country’s successfully conducted six nuclear tests in Chaghi on May 28, 1998. The recent statement of the Finance Minister also gave birth to rumors and intensified anti-state propaganda regarding a possible economic collapse mainly due to the payment deficient crisis and trivial forex reserves in the national exchequer. Historically, Pakistan’s foreign reserves had depleted sharply over the past weeks.

The successive Pakistani governments had always relied on foreign crutches to overcome economic problems, while our economy has become a permanent bed patient which needs oxygen at regular intervals to sustain its growth. Apparently, the economy has become a science for Pakistani economists, who failed to overcome economic issues over the past decades. The successive governments had used multiple recipes including appointing several west-turned Pakistani bankers, use of Economic Advisory Council along with an army of Special Advisors to open up the clutches of the national economy but failed thus accountants, bankers, and professors proved to be unfit for this job. The government must announce the General Elections to deal with the severe economic issues.