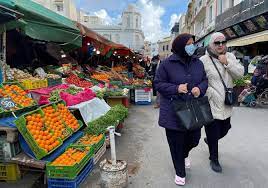 TUNIS (Reuters): Tunisia expects to reduce its fiscal deficit to 5.5 percent next year from a forecast 7.7 percent this year, driven by austerity measures that could pave the way for a final deal with the International Monetary Fund on a rescue package.

The country has been in urgent need of international help for months as it grapples with a crisis in public finances that has raised fears it may default on debt and has contributed to shortages of food and fuel, according to government critics.

The Economy Ministry said on Friday that economic growth next year would be 1.8 percent, compared with 2.5 percent expected this year.

Tunisia has reached a staff-level agreement with the IMF for a $1.9 billion rescue package in exchange for unpopular reforms, including cutting food and energy subsidies, and overhauling public companies. It aims to reach a final deal in weeks.

According to next year’s budget published by the economy ministry, Tunisia intends to reduce subsidy expenditure by 26.4 percent to 8.8 billion dinars.

The government is also seeking to raise tax revenue by 12.5 percent to 40 billion dinars with the rate for some jobs increasing to 19 percent from 13 percent.

The powerful UGTT union, with about 1 million members, has said it would reject the finance law if it was passed, adding it could cause a social explosion as Tunisians struggle with poverty and inflation, which hit a record 9.8 percent last month.

The ministry said it expects inflationary pressure to continue with the start of the reforms, which union called “very painful.”