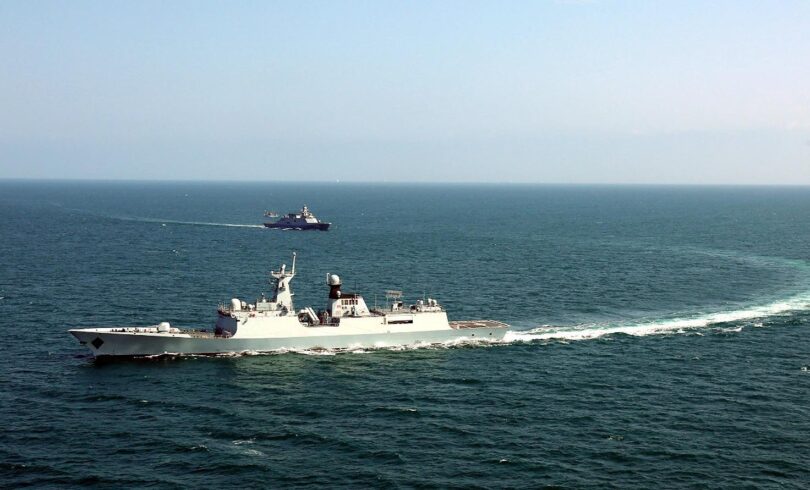 KARACHI (APP): The Turkish Navy Ship TCG BURGAZADA on Friday visited Karachi Port and participated in bilateral naval Exercise TURGUTREIS – VII.
The Turkish ship port was earlier called Karachi harbour and was welcomed by senior officers of the Pakistan Navy along with officials of the Turkiye Consulate, a Pakistan Navy news release said.
During the stay at port, the Commanding Officer of the Turkish Ship called on Commander Pakistan Fleet and matters of mutual interest and bilateral collaboration were discussed. In port activities, joint professional interactions including the planning of bilateral exercises at sea, tabletop discussions on professional topics, sports & social events including a wreath laying at the Mausoleum of Quaid-e-Azam were conducted with an aim to strengthen mutual cooperation and integration between the two navies.
On completion of the port visit, Pakistan Navy and Turkish Naval ship participated in bilateral Exercise TURGUTREIS-VII and conducted joint patrolling in the North Arabian Sea to further hone professional skills and enhance interoperability. The exercise comprised of various naval operations including defence against Asymmetric Attacks, Visit Board Search & Seizure (VBSS), Air Defence Exercises, and Joint Coordinated Patrol.
The visit of the Turkish Navy Ship to Pakistan is a manifestation of strong bilateral ties between the two countries and the exercise is a testimony of PN’s resolve toward regional peace and maintenance of order at sea.
Pakistan Navy seizes huge cache of drugs at sea: In a successful Intelligence Based Counter Narcotics Operations by Pakistan Navy at sea, two boats carrying narcotics were apprehended and a huge cache of drugs was recovered by the Navy team. The narcotics including more than 1,500 kgs of Hashish and 143 kgs of Crystal ICE were recovered from the apprehended boats. The value of narcotics in International market was estimated to be approximately Rs 2 billion, a Pakistan Navy news release said.
The successful operation by Pakistan Navy resulting in seizure of narcotics was a testament to the facts that despite the prevailing situation the criminals were active for their nefarious design and Pakistan Navy was more vigilant to counter them and remained committed in preventing use of Pakistani maritime zones for any unlawful act and purpose.
“Pakistan Navy will continue to shoulder its national obligations and responsibility to establish lawful order at sea,” it said.