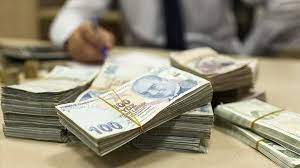 ISTANBUL: The Turkish private sector’s outstanding foreign loans amounted to $161.2 billion at the end of November 2022, the country’s Central Bank announced on Monday.

The figure dropped by $7.2 billion compared to the end of 2021, the bank data showed.

The private sector’s total outstanding loans received from abroad, based on a remaining maturity basis, point to principal repayments of $40.9 billion for the next 12 months by the end of November.(APP)