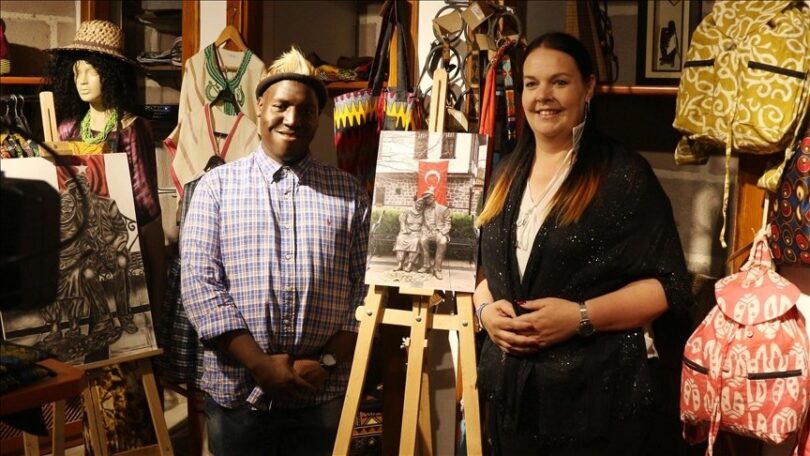 ISTANBUL (AA): Attracting millions of tourists from around the world, Türkiye is now seeing a rising interest among travelers from South Africa. About 50,000 South African tourists visited Türkiye between January and September 2022, making it one of the favorite holiday destinations, Ayşegül Kandaş, the Turkish ambassador to Pretoria, told Anadolu Agency (AA) Friday.

Kandaş said there is also a growing interest among Turks visiting South Africa for tourism. “We are currently working to increase the number of tourists going back and forth through our various cultural activities,” she said. Kandaş elaborated that some cultural activities at the embassy and the Yunus Emre Institute are involved in organizing photo and art exhibitions, and the promotion of Turkish cuisine and films, which draw huge interest among South Africans. She also noted that Türkiye is becoming more popular among South Africans because of Turkish TV series being aired on local television. “These TV series are playing a big role in bringing South Africa and Türkiye closer despite the physical distance,” she said, adding that people who watch the series often want to find out more about the country, its people, culture and food, and hence the growing numbers of tourists.

Kandaş said her country has also increased the number of scholarships for students applying to study in Türkiye. “This year we gave out 13 scholarships for both undergraduate and postgraduate studies, the highest until now,” she said. The ambassador also said that foreign students who study in Türkiye eventually become brand ambassadors when they complete their studies and return home. “They tell people about life in Türkiye, attractions, opportunities and eventually people get interested to visit,” she said.

Kandaş said economic relations between the two countries are at their best with the trade volume growing every year. “By the end of 2021, the trade volume reached $2 billion, and in August 2022 it climbed to $2.4 billion. We now expect the total trade volume to reach $3 billion by the beginning of next year,” she added. She said there are 70 Turkish companies operating in South Africa, and 66 South African companies in Türkiye.

A South African travel blogger who has visited Türkiye 33 times is promoting the country globally, praising the hospitality and urging others to visit. “I’m an avid traveler in Türkiye and I love the country. I’m asked over and over again, why do I keep returning? After 33 trips, I can tell you it’s the hospitality, kindness and delicious food of the country,” Marion Smith said.

Smith has visited more than 40 cities in Türkiye in the past 10 years and she is often invited by the Turkish Embassy in South Africa to narrate her experiences to audiences during events. “There is a reason for everyone to visit Türkiye, whether it’s one of the 491 Blue Flag beaches to relax at, or to see the world’s only Blue Flag lake, Van Lake,” said Smith, who publishes the Everything Turkish magazine. Smith has collected photographs from numerous travels to Türkiye, which she recently published into a photo book.

This year, the Turkish cultural center in Johannesburg, the Yunus Emre Institute, sponsored Smith and sketch artist Alex Maswanganyi to travel to Türkiye on a project entitled, “Türkiye Through the Eyes of Two South Africans.”

Maswanganyi sketched 10 photographs taken by Smith that were exhibited in several cities, including Istanbul, Antalya and Ankara. “Turkish people were excited to see the artwork sketches drawn by Maswanganyi and wanted to learn more about the South African artist and how he got involved with Türkiye. We are very fortunate to have this project done and appreciate the kindness and hospitality of the Turkish people,” Smith added. Their works were also showcased to hundreds who attended Türkiye’s 99th Republic Day celebrations at the residence of the Turkish ambassador in the South African capital of Pretoria.