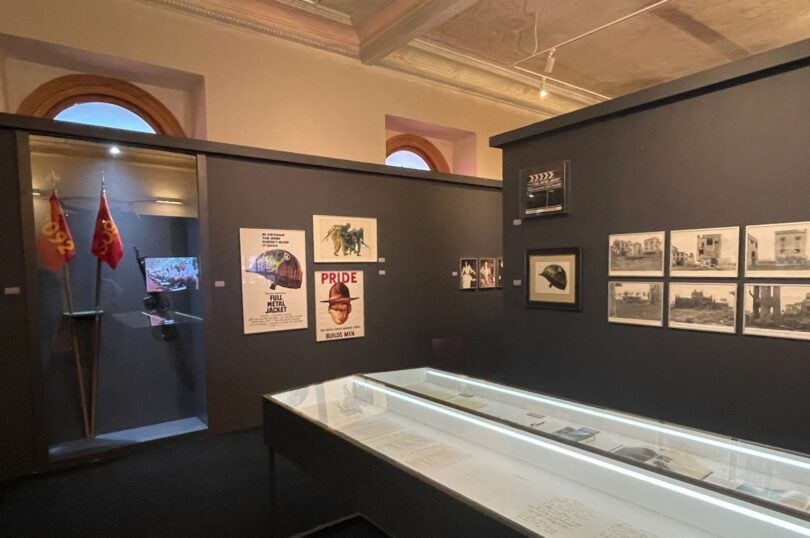 ISTANBUL : 2022 has been a phenomenal year for the culture and art sphere in Türkiye. Here are the editor’s picks of 10 prominent regalements that left their mark on the year and will be prominent in 2023 as well

With each passing year, Türkiye is well on the way toward being a country with unique culture, art and literature, offering a range of selections – from classical to contemporary, traditional to modern, unfurling era-defining artists and movements.

While even the smallest exhibition contributes to this big puzzle, here is a selection of 10 regalements that were most talked about throughout the year 2022 and will surely be more hyped in 2023.

Without a doubt, the greatest and most grasping cultural regalement in Türkiye was the “culture road” project initiated by the Ministry of Culture and Tourism, drawing attention to the cultural, architectural and historical heritage of the cities where these projects are organized and introducing different cultural experiences.

To preserve and maintain the cultural heritage as a whole with tangible and intangible efforts, the strategic events are concentrated in five cities of Türkiye, such as Istanbul under the name “Beyoğlu Culture Road Festival,” the “Başkent Culture Road Festival” in Ankara, the “Troy Culture Route” in Çanakkale and even stretching to Diyarbakır and Konya. The cultural movement held the dynamics of the cities as well as brandishing them in the culture and arts agenda of Türkiye and the world.

Many local and foreign art enthusiasts had the chance to fully discover the historical and contemporary cultural riches of the country thanks to a wide selection of events, some of which were offered free of charge.

Refik Anadol, who started to produce works in media arts in the 2000s, stole the show this year in the art sphere. The odds are that he will be one of the prominent artists pointed at the international art stage the next year. I would like to refer to it as the “Anadol effect.”

His works already made an overwhelming impression in world-renowned museums and festivals such as New York’s Museum of Modern Art (MoMA), Noor Riyadh’s Festival of Lights and Barcelona’s Casa Batllo.

Continuing to create works about various subjects’ reactions to spatial entities, Anadol has become an international artist to whom large works are commissioned. Using data and machine intelligence as his medium and embedding arts into architecture, he explores how memory can be experienced spatially and employs AI technologies to find a way to mimic how our memories and dreams work in vivid, layered and seemingly impulsive and random ways.

The 29th Istanbul Jazz Festival and 32nd Akbank Jazz Festival brought the sweet rhythms of jazz to the city as they do every year, hosting the special performances of more than 120 artists from the world and Turkish jazz stages.

Written by Peter Shaffer and directed by the prestigious Işıl Kasapoğlu while starring Selçuk Yöntem as Antonio Salieri and Okan Bayülgen as Wolfgang Amadeus Mozart, “Amadeus” was surely one of the most prominent productions of the season. It featured a giant staff of 45 people, a choir of 12 and a live orchestra of 10 to convey the clash between the legendary composers Mozart and Antonio Salieri, who lived in Vienna in the 18th century.

“Richard,” written through inspiration from Shakespeare’s famous tragedy, offered an unforgettable experience full of twists and excitement. In the play, Richard’s bones are found in a parking lot in the year of 2012, leading to many unprecedented events throughout the show.

2022 has been indeed a fruitful year for state opera and ballet troupes as well as private theaters.

Many world classics that were engraved in art history such as “Don Quixote,” “Carmen,” “Falstaff,” “Swan Lake” and “Madam Butterfly” were reinterpreted by the Turkish artists, offering a visual and auditory feast to the audience.

As part of the 13th International Istanbul Opera Festival, the “Murat IV” opera, revolving around the mysterious life of the palace and the Ottoman Sultan Murad IV, who was only 11-12 years old when enthroned, was one of the most anticipated work, dazzling the visitors. The piece, one of the outstanding examples of the National Turkish Opera, was staged with a polyphonic performance of traditional and mystical music.

“The Hunchback of Notre Dame” and “Jekyll & Hyde” musicals were noteworthy musicals that are expected to be staged in 2023 as well.

An uncommon but permanent museum located in Ankara delves into the layered texture of rich Turkish vocabulary through exhibitions and installations where words come together with art and visual designs. The floors are also designed via word formations as the first floor belongs to word roots, the second floor to words and the top floor to sentences.

At the museum entrance, the guests are greeted with the sentences such as “welcome,” “how nice of you to come,” “we have been waiting for a long time,” “what brings you down here?” and “where have you been?” while they bid farewell as visitors exit from the museum with the phrases “goodbye,” “farewell,” “we hope to see you again,” “all the best,” “keep in touch” and “don’t be a stranger.”

It is a great chance for those who would like to be lost in the complex world of words.

Offering a chronological overview of all the works of 20th-century director Stanley Kubrick (1928-1999), the exhibition displayed an in-depth look at the artist’s cinema career and extraordinary world of cinematography, unfurling many unpublished documents, objects, screenplays, cameras, lenses and original costumes.

The exhibition starts with the artist’s portrait of the process of filmmaking from storyteller to director to editor. His projects such as artificial intelligence, Napoleon and wartime unfold as you pass between the first few rooms. You will also see the director’s chair, from which he created cinematography masterpieces.

Then you will see specific corners designed thematically for each of his masterpieces and well-known movies. One of them is “Dr. Strangelove or: How I Learned to Stop Worrying and Love the Bomb,” a black humorous political satire that tells the story of Cold War paranoia when the world was accidentally dragged into a nuclear war as a result of a chain of mistakes that a series of important people fell into. If you have watched the movie, you will remember the iconic war room, which is a model that Sir Ken Adam designed. Yet the mise en scene was so powerful in the movie that even former U.S. President Ronald Reagan thought it was a real room in the Pentagon. The museum is displaying the model as well as it was fascinating to see how small it was yet so effective.

The museum can be visited until March.

Museum of Painting and Sculpture

Opened in September, the Istanbul Museum of Painting and Sculpture has approximately 12,000 works of art in its collection, including paintings, calligraphy, ceramics, icons and one installation, and will be permanently open for art goers. It was opened as Türkiye’s first fine arts museum in 1937 in the Apartment of the Heir Apparent at Dolmabahçe Palace by the orders of the republic’s founder Mustafa Kemal Atatürk, with affiliation to the Istanbul State Academy of Fine Arts, today’s Mimar Sinan Fine Arts University.

The collection of the museum has been carefully preserved by Mimar Sinan University of Fine Arts since 1937 and reflects the visual memory of the Westernization period of Ottoman art, as well as the modernization and modernism of the Turkish republic.

In addition to the permanent exhibition, the largest “Osman Hamdi Bey” collection in Türkiye, with 17 paintings as well as documents, certificates, diplomas and insignia curated by Dr. Zeynep Inankur, is on display.

The exhibition “Paula Rego: The Story of Stories” has introduced art enthusiasts in Istanbul to Rego’s paintings with an unprecedented selection. Rego, who passed away at the age of 87, held her last exhibition as part of a retrospective at Tate Britain showcasing her works from all the phases of her artistic practice.

Following the Tate Britain retrospective and the Venice Biennale, the works of Paula Rego now await their visitors at the Suna and Inan Kıraç Foundation Pera Museum in Istanbul. Curating paintings that blend innocence and experience with elusive messages and narratives, the exhibition entitled “Paula Rego: The Story of Stories” welcomes its audience to a magical space.

The show is curated by Alistair Hicks and includes the artist’s oil, pastel, charcoal, and acrylic paintings and installations. Offering a selection of Rego’s early works from the 1960s that focus on both personal and social struggle, her large-scale paintings depicting single figures she created in the 1990s with vivid narratives and works consisting of layered scenes she produced after 2000. The exhibition will run until April 30.