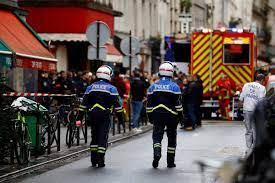 PARIS (AFP): Two people were killed and four injured in a shooting in central Paris on Friday, police and prosecutors said, adding that the shooter, in his 60s, had been arrested.

The motives of the gunman remain unclear, with two of the four injured left in a serious condition, the French officials said.