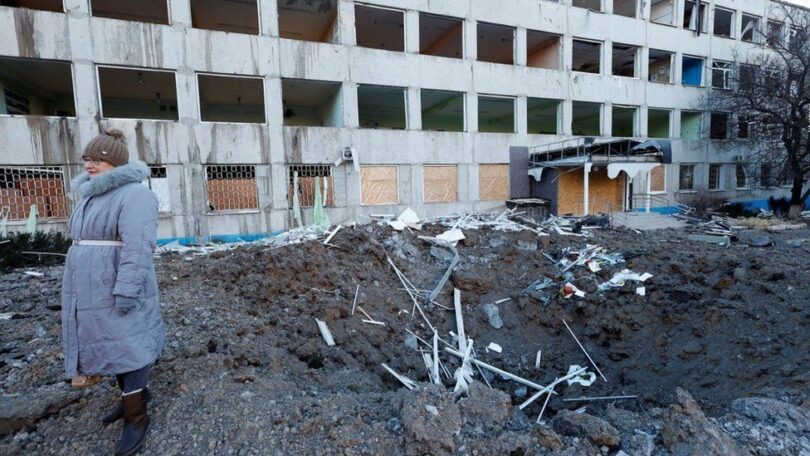 KYIV (BBC): Ukraine has labelled a Russian claim that hundreds of Ukrainian soldiers were killed in an attack “propaganda”.
Moscow claimed, without providing any evidence, that a “mass missile strike” in the eastern city of Kramatorsk had killed more than 600 Ukrainian forces. It said it was in retaliation for a Ukrainian attack on a Russian base that killed dozens of Russian soldiers on New Year’s Day.
But the Ukrainian military says this is untrue.
“This is another piece of Russian propaganda,” Serhiy Cherevaty, a spokesman for the Ukrainian army, told the BBC. Russia’s defence ministry said it had killed more than 600 Ukrainian servicemen in a strike on buildings temporarily housing Ukrainian forces. More than 1,300 Ukrainian troops were housed in two buildings, Moscow said.
It called the attacks a “retaliatory strike” to avenge the deaths of 89 Russian troops killed in Makiivka. Ukraine says as many as 400 people were killed or wounded at Makiivka, while numbers into the hundreds have been given by Russian nationalists on social media.
Moscow is yet to offer any proof of Russia’s claim to have killed hundreds of Ukrainian soldiers.
On Saturday, journalists from the AFP news agency in Kramatorsk, which is located in the eastern region of Donetsk, heard at least four explosions before midnight. There was further shelling in various parts of Ukraine overnight after the end of what Russian President Vladimir Putin said was a 36-hour ceasefire by Russian forces so Orthodox Christians could celebrate Christmas. Evidence suggests this so-called ceasefire was not adhered to by Moscow.
Ukrainian officials said at least one person was killed in the Kharkiv region in the north-east.
Explosions were also reported in the southern cities of Zaporizhzhia and Melitopol. Russia’s defence ministry said that Ukraine had returned 50 captured Russian soldiers after negotiations. Kyiv confirmed that it had received the same amount of soldiers in return from Russia.