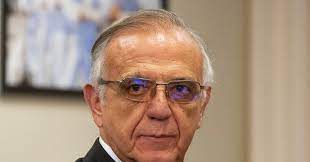 Recently, the United Nations issued a statement expressing concern after the Guatemalan government announced an investigation against a former UN anti-corruption investigator assigned to Guatemala. According to the details, the Guatemalan regime is preparing to launch an inquiry against Iván Velásquez, a Colombian judge who led the UN’s anti-corruption efforts in Guatemala from 2013 to 2019, on the alleged accusation of his illegal, arbitrary, and abusive acts during his assignment in Central American Nation.

The Republic of Guatemala, a Central American nation, is known for its Mayan civilization and decades-long instability, and civil strife, which not only led to weakness and ineffectiveness of government institutions but criminals gangs and drug mafias influenced the entire political system in the country during the late 20th century. Historically, the UN and Guatemala struck a deal to launch the International Commission against Impunity in Guatemala (CICIG) to root out criminal groups believed to have infiltrated state institutions in the country.

The Iván Velásquez-led UN commission pursued investigations into some of Guatemala’s highest authorities, including the administration of then Guatemalan President Otto Perez Molina and his deputy. Reports suggest that the UN commission’s investigations successfully uncovered at least 60 criminal networks that led to the sentencing of more than 400 people together including the former President and other officials.

Interestingly, the Guatemala government gradually not only backtracked from its deal with the UN and stalled the investigation in early 2019, but also prosecuted and sentenced several UN investigators on politically motivated and self-coined charges over the past few years. The United Nations categorically told Guatemalan authorities that its justice operators and officials from its former anti-corruption campaign continue to enjoy privileges and immunities besides the accomplishment of their mission, yet pro-gangs current regime is determined to take revenge from the law enforcers who fulfilled their responsibility in true letter and spirit.

In fact, the battle between good and bad, truth and false, police and crooks, as well as public leaders versus feudal and warlords, always exists since the very beginning of mankind several hundred thousand years ago. Law enforces and nation saviours who upheld their duties always paid the price for loyalty through flesh and blood. Currently, the Guatemalan malefactor rulers are trying to malign men of character thus failure and humiliation would be their ultimate destiny.