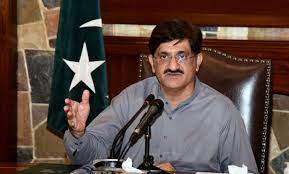 Chief Minister Sindh, Syed Murad Ali Shah declared that the maritime sector is both financially and techno intensive and needed significant capital for building, operating, and making it economically profitable. The Chief Minister acknowledged that the Maritime sector has a lot of export potential, while PIMEC needs to provide a foundation to bring together stakeholders from diverse maritime industries to unleash those opportunities.

Pakistan is a blessed nation which has been gifted by nature with diverse geography, multiple seasons, variable weather conditions, arable land along with countless hidden deposits, and limitless opportunities with a conducive environment for farming, fishing, games, industries, and businesses. The country has over 63 percent unskilled and semi-skilled youth workforce that needs to be utilized in some productive activity to generate profit out of all those available resources.

Unfortunately, Pakistan lacks sincere and capable leaders who steer the nation and use all occasions in the interests and benefit of the country. In fact, seven and a half decades are enough time to build a nation, raise an economy, strengthen society and achieve desired status and prestige among the nations of the world. Awfully, Pakistan could not achieve these objectives even after seven decades of independence, our nation could not attain excellence in any fields ranging from agriculture to Industry from trade to security, and from health and education to diplomacy and foreign policy. The Pakistanis are still in search of a sincere leader who steers the nation out of the current crises because Shah, his colleagues, and forerunners had brought the country to this day.

As far as the Blue economy is concerned, it relates to traditional ocean-related economic activities such as fisheries, coastal and sea tourism, and maritime transport as well as new emerging opportunities like off-shore renewable energy, aquaculture, deposit expoiloration and sea-bed extraction activities. All such endeavors surely demand a significant financial investment, technical expertise, and time, however, we could not build a fishing industry on modern lines, and still, it lacks government backing and our fishermen are using old boats, worn-out fishing tools, and techniques, and working in miserable conditions.

Pakistani leaders and bureaucracy both are well versed with scholarly debates and and miss practicability and sustainability in their course, which hurt the core objectives of the nation, and our national plans mostly left half-implemented and unrealized. As sea-bed exploration and aquaculture activities are somewhat difficult expeditions, Pakistani leaders must work for the development of the existing fishery industry, Sea Sports and Coastal tourism which are continuously witnessing a downward trend and do not compete with the region.

According to critics, the nationalization of industry was the real setback to Pakistan’s economic growth, social uplift, and moral values that not only shattered the country’s businesses and trade but also nurtured corruption and nepotism in the country. Businesses and trade are not the mandate of the government executives, while politicians must not decorate their politics through development projects and provision of services. Currently, Pakistan’s most serious economic issues are the outcome of nationalization, thus the government must privatize government entities, ease up trade and business rules and remove bureaucratic hurdles from the industry so the economy grows and prosperity hails in the country.