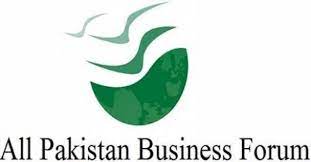 LAHORE (INP): President All Pakistan Business Forum (APBF), Syed Maaz Mahmood expressing grave concern over unannounced ban of the government on import of goods, non-clearance of consignments and unavailability of dollars with the banks has asked the government to ensure dollar availability for import of raw material, besides allowing unrestricted import of industrial machinery and spare parts to avert any halt in industrial operations in the country
In a statement issued here on Sunday, he urged the government to take immediate steps to ensure availability of forex otherwise industries may close down, which will have adverse impact on the overall economy of the country, as the country’s total liquid foreign exchange reserves held by the State Bank have plunged by $784 million to a nearly four-year low of $6.72 billion.
Syed Maaz Mahmood pointed out that the strategy of curbing imports was not growth-friendly. He expressed concern about the country’s ability to pay back the huge amount of foreign loans. The frequent concerns have depressed the market and the exchange rate remained unstable during the ongoing fiscal year.
Chairman APBF Ibrahim Qureshi said that the foreign exchange reserves should remain the top agenda of the government. However, SBP’s reserves have dropped by more than $4 billion from around $11 billion at the time when this government took the helm in April 2022. He said that APBF is in favor of export expansion and this is where we should plan to focus our efforts to take this forward for sustained economic growth. He said that our tax to GDP percentage is very low at 9.2 percent. We have to do better in order to achieve economic stability but we will undertake reforms in a gradual and orderly fashion in this regard.
Quoting the figures, Ibrahim Qureshi said that net foreign reserves held by commercial banks now stand at $5.867bn, meaning the country’s total liquid foreign reserves are now $12.58 billion. Central bank currently holds $6.72bn, barely enough to cover over one month’s worth of imports.
The APBF President said that the falling reserves may make it more difficult for the country to repay foreign loans; the remaining amount of over $6.7bn is just to cover a month’s imports.
He said that during the last five months, inflows remained just $4 billion but the figure was expected to rise in the second half of the current fiscal year ending June 2023.
Maaz Mahmood attributed the fall in foreign exchange reserves to a payment of $1 billion against the maturity of sukuk. However, he said the $6.7 billion reserves were not calculated after the payment for bonds.
He said that the SBP paid $1 billion and another $1.2 billion to two commercial banks, which have agreed to relend the same amount in a few days.
The APBF President believed the government needed to generate additional revenue of about Rs800 billion to get the next IMF tranche. However, the political cost of squeezing this extra revenue from citizens is too high for the present government, which is the main hurdle, he said.
He said that the demand for dollars remains high in the interbank market, while the open market offers no hard currency. The dollar rose 0.09pc to close at Rs224.37 in the interbank market during the week.
However, most market players don’t trust the rates given by the State Bank, saying the deals were actually being done at higher prices.
Maaz said that the unannounced and improper policy of the government aimed at containing imports is beyond comprehension. Former Finance Minister imposed ban on luxury items which was removed on foreign pressure. Ban on import of items under Chapters 84 & 85, imposed five months ago, is badly affecting industrial activities, resulting in closure of industrial units.
There are thousands of containers on the port awaiting clearance, pending due to Forex crisis. The SBP first put ban on payments of 100,000 dollars and then on 50,000 dollars.
The SBP and commercial banks are now unable to clear even the documents on their maturity at 30, 60 or 90 days, leaving bad reputation of local importing industries since foreign sellers are not trusting local manufacturers and exporters anymore, he added.