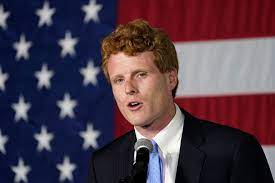 WASHINGTON: Today we are announcing the appointment of Joe Kennedy III as the U.S. Special Envoy to Northern Ireland for Economic Affairs. In this capacity, he will focus on advancing economic development and investment opportunities in Northern Ireland to the benefit of all communities as well as strengthening people-to-people ties between the United States and Northern Ireland. His role builds on the long-standing U.S. commitment to supporting peace, prosperity, and stability in Northern Ireland and the peace dividends of the Belfast/Good Friday Agreement.

Joe has dedicated his career to public service, including eight years in the U.S. House of Representatives, tenure as Massachusetts Assistant District Attorney, and service as a Peace Corps Volunteer. He will draw from his extensive experience to support economic growth in Northern Ireland and to deepen U.S. engagement with all communities

I look forward to Joe’s engagement and service with the people and leaders of Northern Ireland.