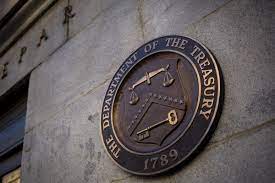 WASHINGTON: The U.S. Department of the Treasury’s Office of Foreign Assets Control (OFAC) is adding 18 entities related to the Russian Federation’s financial services sector to the Specially Designated Nationals and Blocked Persons List (SDN List). These designations, taken along with the Department of State, which is concurrently designating a prominent oligarch in Russia, his network, and more than 40 additional persons linked to the Government of the Russian Federal (GoR), are part of the U.S. government’s efforts to further limit the GoR’s ability to fund its unconscionable war of choice against Ukraine. Today’s actions also broadly complement those of our international partners.

Since the start of Russia’s brutal full-scale invasion in February 2022, Treasury has taken unprecedented action to isolate Russia from the global financial system, with severe short- and long-term effects on its economy. Russia’s economy is expected to contract this year and continue contracting in 2023; beyond that, lost investment, export controls, and constraints on Russia’s real economy will inhibit Russia’s growth prospects for years to come. Banking sanctions also undercut financing for import replacement goals and imports of key components. As such, Russia has had to increase reliance on its international reserves for defense industry support and production, as well as to cushion the war’s impact on the public.

“By sanctioning additional major Russian banks, we continue to deepen Russia’s isolation from global markets,” said Under Secretary for Terrorism and Financial Intelligence Brian E. Nelson. “Today’s designations by the United States, together with actions taken by our international partners, will further inhibit the Putin regime’s ability to fund its horrific war against Ukraine.”

Together with the U.S. Department of State’s designation of one of Russia’s richest men, Vladimir Potanin (Potanin), and associated persons, OFAC designated Public Joint Stock Company Rosbank (Rosbank), a Russia-based commercial bank that Potanin acquired earlier this year. The Central Bank of the Russian Federation considers Rosbank to be a systemically important credit institution to the GoR. The United Kingdom and Canada designated Rosbank earlier this year.

Rosbank was designated pursuant to Executive Order (E.O) 14024 for operating or having operated in the financial services sector of the Russian Federation economy. In conjunction with this action, Treasury has issued Russia-related General License (GL) 58, authorizing all transactions that are ordinarily incident and necessary to the wind down of transactions involving Rosbank, or any entity in which Rosbank owns, directly or indirectly, a 50 percent or greater interest, through 12:01 a.m. eastern daylight time, March 15, 2023. In addition, Treasury has issued Russia-related GL 59, authorizing the wind down of certain securities and derivatives transactions through 12:01 a.m. eastern daylight time, March 15, 2023. Treasury also issued amended GL 8E, adding Rosbank to the authorization, which allows certain blocked financial institutions to process energy-related transactions. Since the start of the war, OFAC has issued broad GLs to authorize certain transactions related to agricultural commodities, agricultural equipment, medicine, and medical devices, as well as transactions related to energy.

As a result of today’s action, all property and interests in property of the individuals above that are in the United States or in the possession or control of U.S. persons are blocked and must be reported to OFAC. In addition, any entities that are owned, directly or indirectly, 50 percent or more by one or more blocked persons are also blocked. All transactions by U.S. persons or within (or transiting) the United States that involve any property or interests in property of designated or blocked persons are prohibited unless authorized by a general or specific license issued by OFAC, or exempt. These prohibitions include the making of any contribution or provision of funds, goods, or services by, to, or for the benefit of any blocked person and the receipt of any contribution or provision of funds, goods, or services from any such person.

The power and integrity of OFAC sanctions derive not only from OFAC’s ability to designate and add persons to the SDN List, but also from its willingness to remove persons from the SDN List consistent with the law. The ultimate goal of sanctions is not to punish, but to bring about a positive change in behavior.