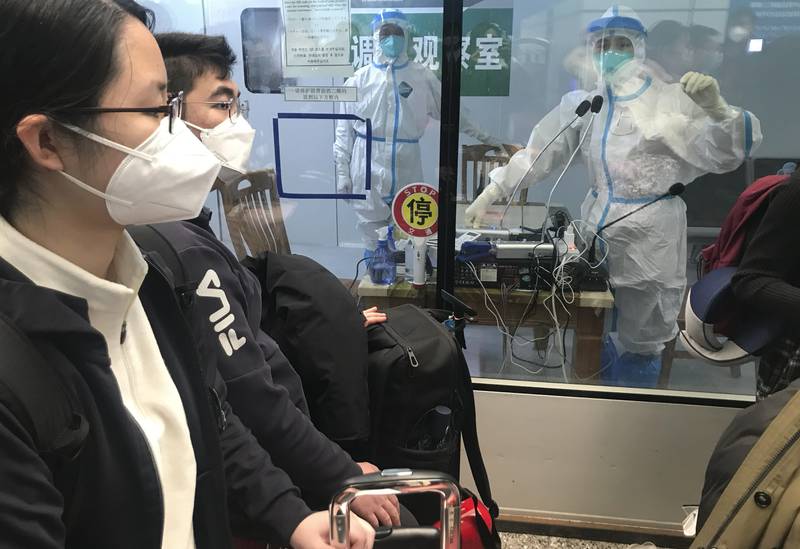 US President Joe Biden’s administration announced on Tuesday that all incoming travellers from China must show a negative Covid-19 test dated no more than two days before flying, as cases continue to rise in Beijing and other parts of the country.

The decision was made after US officials cited a lack of transparency from Beijing and comes on the heels of new travel rules put in place by Japan, India and Malaysia amid the rapid rise of infections in China.

“We know these measures will not eliminate all risk or completely prevent people who are infected from entering the United States … [but] taken together, they will help limit the number of infected people and provide us an early warning about new variants,” a federal health official said.

The tests can be either a PCR test or an antigen self-test administered through a telehealth service, with negative results required before boarding US-bound aircraft, officials said.

The new requirement will also apply to passengers travelling through third-country gateways, including Seoul, Toronto and Vancouver, and will go into effect at 12.01am ET on January 5.

“There are mounting concerns in the international community on the ongoing Covid-19 surges in China and the lack of transparent data, including viral genomic sequence data,” US officials said on Tuesday.

The surge in cases comes weeks after Beijing scrapped its tough “zero-Covid” policy of mass lockdowns, which triggered nationwide protests.

Contributing to the caseload is a low overall uptake of booster vaccines among over-80s, which some experts point to as China’s rationale for maintaining the strict zero-Covid policy for so long.

US officials said they were “following the science and advice of public health experts” and “consulting with partners” — prompting Beijing to counter that Covid rules should be enacted on a “scientific” basis.

Chinese immigration authorities said on Monday that the country would stop requiring inbound travellers to quarantine from January 8 — a major move towards opening its borders, which have been essentially closed since 2020.

US Secretary of State Antony Blinken last week offered to share Covid-19 vaccines with China while calling on Beijing to release its outbreak data.

“We want to see China get this outbreak under control,” he said.

“It is very important for all countries, including China, to focus on people getting vaccinated, making testing and treatment available and, importantly, sharing information with the world about what they’re experiencing.”

Mr Blinken added that China, which the US considers its top global competitor, has not requested any help as it tackles the rise in cases.

“We’re the largest donor of vaccines,” he said. “As you know, we’re prepared to continue to support people around the world, including in China, with [vaccines] and with other Covid-related health support.

“China’s not asked, to date, for that help.”

The Secretary of State is scheduled to visit Beijing in 2023.

On Monday, China said it would scrap the mandated quarantine for inbound travellers from January 8 in a bid to ease restrictions at its borders, which have been largely closed since the pandemic began.

Travellers will still have to undergo a PCR test 48 hours before their arrival, health authorities said.

Last Wednesday, China’s National Health Commission said nearly 37 million people in the country may have been infected with the virus on a single day this week, with as many as 248 million — or 18 per cent of the population — contracting the disease in the first 20 days of this month alone.