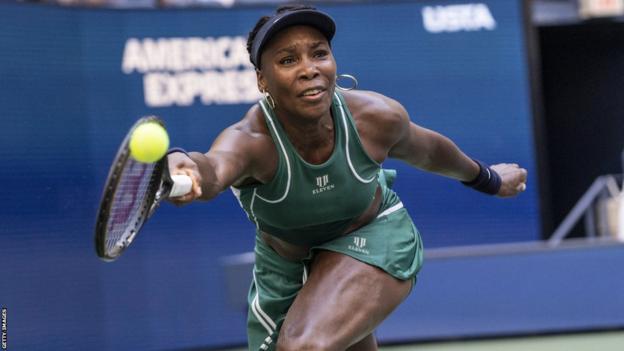 Melbourne (Agencies): Venus Williams has been awarded a wildcard to compete in January’s Australian Open at the age of 42. The American will be back in Melbourne 25 years after her debut in the tournament, which begins on 16 January. Williams won just three matches in 13 tournaments last season but is yet to show any inclination to follow her sister Serena into retirement.

A seven-time Grand Slam champion in singles, she was beaten in the Australian Open final in 2003 and 2017.

“I am very excited to be returning to Melbourne. It will be an honour to play for the fans again,” said Williams, who has won five doubles titles in Melbourne.

“I’ve been competing in the country for over 20 years now and the Australian community has always supported me wholeheartedly. “I’m looking forward to making more memories at the tournament this year.”

Williams is ranked 1,007th in the world and her last competitive singles match was a first-round defeat at the US Open in August, having played just four tournaments in 2022. The Grand Slam in New York was the last for Williams’ sister Serena, who announced she was “evolving away” from tennis before the tournament.

Nine-time champion Novak Djokovic is also set to compete in Melbourne – a year after being deported from Australia because of his Covid-19 vaccination status.