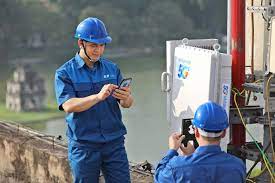 Vietnam’s policymakers can congratulate themselves on a stellar economic performance in 2022. The country will conclude the year as the best-performing economy in Asia, largely due to its ability to attract foreign investment relocating from China. As other emerging markets seek to recover from the damage wrought by the COVID-19 pandemic, many leaders are looking to emulate Vietnam’s model.
While it is tempting to attribute Vietnam’s success to a perfectly executed template, the true story is both more mundane and achievable — prior reform efforts positioned Vietnam to take advantage of a serendipitous turn in international politics.
Vietnam’s foreign investment attraction in 2022 was impressive. At least 11 Taiwanese companies in Apple’s supply chain have relocated to Vietnam and negotiations are underway for increased production of tablets and smartphones. Lego opened a US$1 billion plant in Binh Duong province that will include cutting-edge environmental standards to achieve carbon neutral emissions.
Existing foreign investors, such as Samsung and Intel, have deepened and expanded their operations. Total Foreign Direct Investment (FDI) increased 15 per cent year-on-year, adding 1570 new projects worth US$9.9 billion, total export and import turnover grew 5.7 per cent to US$58.3 billion. The International Monetary Fund and the Asian Development Bank predicted that GDP growth will hit 7 and 6.5 per cent in 2022 respectively.
Investor interest in Vietnam has grown steadily over time and further accelerated in 2018 when US tariffs raised the costs of doing business in China. Many companies had already been producing most of their goods in China while maintaining some facilities in Vietnam as a hedge against uncertainty. Due to the US tariffs, these companies executed these insurance contracts and shifted production to Vietnam.
Vietnam’s exports to the United States increased by 40 per cent in the first quarter of 2019 and nearly doubled in the technology sectors that were targeted by US tariffs. Vietnam’s wages were another attraction at less than half of equivalent wages in China in 2019.
Since 2020, FDI migration from China has accelerated due to President Xi Jinping’s zero-COVID-19 policy, which has made it difficult for companies to return to pre-COVID-19 production levels. FDI migration will likely increase as protests over zero-COVID-19 spread and further disrupt supply chains in China.
Vietnam has managed to reduce significant COVID-19 outbreaks through prevention strategies and vaccinations while maintaining economic vitality. As Nikkei Asia noted in ranking Vietnam in the top 10 of countries worldwide for its COVID-19 management, it is well positioned to receive foreign-invested enterprises (FIEs) fleeing more problematic locations.
In 2019, it was unclear whether the Vietnamese economy had the absorptive capacity to handle the new flows of investment activity, as infrastructure and human capital were considered ill-suited. Vietnam proved to be better positioned than expected, bolstered by forward-thinking reform efforts by its leaders.
International media has focussed on Vietnam’s ‘blazing furnace’ anti-corruption campaign, which has targeted 1200 politicians and business leaders including sitting Politburo members. But less attention has been given to the government’s effort to reduce petty corruption by streamlining administrative and regulatory procedures. These efforts have reduced bribery.
The 2021 Provincial Competitiveness Index (PCI) survey of domestic and foreign businesses reported a decrease in the amount of businesses claiming that it was common to pay informal charges during business transactions from 66 per cent in 2016 to 41 per cent in 2021. Foreign firms that did not report paying any informal charges reached 41.9 per cent.
An understudied factor in these reductions is the government efforts to streamline administrative procedures through the Master Program on State Administrative Reform and the National Digital Transformation Plan. E-governance efforts have reduced corruption by removing discretionary powers from lower-level officials, constraining opportunities for bribery through administrative hold-ups and a lack of clarity on formal fees.
Vietnamese policymakers have also focussed on improving human capital. Revisions to the Higher Education Law in 2018 and the Labour Code in 2019 specifically emphasised human capital improvements. While low wages and high literacy attract FIEs, they have often complained that workers lacked specific skillsets and skilled workers were hard to retain.
According to the 2021 PCI survey, FIEs are more optimistic about future human capital improvements in their assessments of the value of technical and professional training programs in Vietnam. FIEs’ rating of local labour quality has steadily improved for both general education and vocational training.
Expanding and enhancing infrastructure to improve investment absorption has also been a goal of Vietnamese policymakers. The 2018 PCI report found that Vietnam’s infrastructure was not a comparative advantage for foreign firms choosing an investment location.
On a six-point scale, investor evaluations have leaped over 2017 and 2021 in road quality (from 3.72 to 4.44), port-to-highway connections (from 4.02 to 4.49) and railway–expressway connections (from 3.97 to 4.41). Enterprises in the high-tech electronics industry have an even better perception in all infrastructure categories.
There is more work to do in all these areas. Corruption is nowhere near zero and human capital and infrastructure still have significant deficiencies. Still, Vietnam’s post-COVID-19 success story demonstrates how countries can construct good fortunes through incremental progress and hard work on the fundamental factors that drive investor productivity.