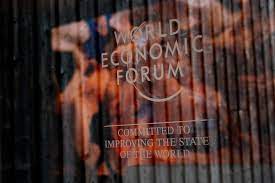 DAVOS (Agencies): Saudi Arabia’s Minister of Finance Mohammed Al-Jadaan was among several leading government and private sector participants who explored the risks and benefits of innovation for financial institutions — and the poor and underserved — at a World Economic Forum panel discussion in Davos on Tuesday.

Al-Jadaan kicked off the session by highlighting the “legitimate concern and need” from both private sector actors and conventional financial institutions. He said both would need to work together to address pertinent challenges.

The minister said there have been calls for financial innovation because of benefits that include inclusiveness but warned that regulators need to be cautious to ensure these innovations do not impact market stability.

“Conventional financial institutions are rushing to innovate under pressure because these challenging innovators are bringing new ways of doing business that conventional institutions will need to deal with and catch up with,” he said.

The Bill & Melinda Gates Foundation CEO Mark Suzman said that in the long-term financial innovation in general, if properly democratized, could be an enabling platform to ensure widespread prosperity, including to the world’s poorest people. Suzman said this could be achieved in particular through the expansion of digital payment systems.

“One of the silver linings of the pandemic was actually a big expansion of digital payment systems, often government-to-person digital payment system(s), which bring people in whether they are smallholder farmers across Africa or south Asia, or new banking systems,” Suzman told the panel.

PayPal CEO Dan Schulman said there are at least 2 billion people in the world today who are outside the financial system, and at least 2 billion who are poorly served by it. They pay high fees or interest rates for services that the more wealth pay much less for.

“We have a good financial system, one that has integrity behind it. But I do not think it is doing the job that it needs to do which is being an inclusive economy that brings everybody in together,” Schulman said.

Schulman said there was a need for safeguards and public and private partnerships, as well as feedback loops between the two sectors to put guardrails around responsible innovation.

“Things are moving so quickly right now that it is very difficult for regulators and private companies to keep up,” he said.

“Whether it be AI which is just ready to make its debut and take off, or new forms of accessibility like 5G … combine all those together and you will redefine the financial system. It will happen,” he said.

Schulman said one of the ways to make the financial sector safe, secure and inclusive is through technological innovations such as Blockchain.

“There are things like Blockchain that get a bad name because they are conflated with crypto,” he said.

He said that the only risk is crypto, which he referred to as risky assets being traded. However, he pointed out the underlying technology of Blockchain “has performed perfectly.”

“The promise of a distributed ledger is that it can be faster and cheaper so that you can do and settle transactions instantaneously, with no middleman, (and) bring the costs down,” he said.

Schulman said it was important to do things faster and cheaper because it would be accessible to more people.