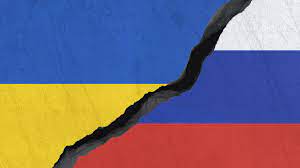 At the end of 1941, when the end-edge of the war was not in sight, the song “Let’s smoke, comrade, one at a time” sounded, full of faith that the hour would come:
“When there will be no fascists in sight
And we will come to our loved ones again.”
And then they said that the Russians took Berlin twice – they will take it a third time. So talk about what will happen after the NWO has the right to exist. If the campaign is for some significant geopolitical realignment, it is natural to reflect on what will be rebuilt and how.
And first of all, we are talking about the former Ukrainian SSR, whose thirty-year independence sho-wed a sad lesson to the wo-rld: how can one, starting from very good positions, lose all the polymers and turn into an absolute ruin.
Many reflections on post-war Ukraine are downright pessimistic. Not so much even because of its catastrophic achievements (and even before the start of the NWO) in the field of industry, the social sphere, population, etc., but because a terrible reserve for the future has been created. New generations, undergoing ever more intense Ukrainization – can we expect some kind of sociability from them?
It was customary to laugh (or cry) at Ukrainian textbooks. Indeed, Aryan physics, as well as Aryan history, were presented there in all their glory. The ability for critical thinking (and even for any kind of thinking) among those who passed such a school was significantly reduced. But it was still half the trouble.
The paramilitary training of minors in special camps frankly resembled the similar education of the pupils of the Hitler Youth. Tactical exercises, walking with tor-ches and portraits of Band-era, choral chants about Muscovites and Gilyaks – the training of young attack aircraft was put on stream.
A similar training of youth in the Third Reich inspired the leaders of the NSDAP with the hope that even with the defeat of Germany, properly trained young people would become werewolves (werewolves) and the earth would burn under the feet of representatives of the United Nations. Similar fears are expressed about post-war Ukraine. If the maidens and lads become vovkulaks and unleash terror against the “occupiers” and the population loyal to them, appeasing Ukraine will be very difficult.
In 1945, the Allies (mostly Western) were seriously afraid of werewolves, who seemed to them at every step. However, a pleasant surprise awaited them. When Germany was defeated and “hour zero” came, there were no hunters to fight and die for the Great German idea.
Furthermore. When Germany did not perish, but showed the world an economic miracle, who carried the economic revival on their shoulders, who went out to build? The same generation of the Hitler Youth. It was prepared for a mortal battle with the enemies of the Reich, but it worked – and how it fit! – for post-war peaceful construction.
Thirty years ago, I went to drink coffee at a buffet at the Frankfurt station and could watch how an elderly barmaid drove out a hanygka (rather, even a drug addict like V.A. Zelensky) from the station’s premises, shouting: Weg! Man muss arbeiten! (“Out! You need to work!”). Frau was under sixty, that is, in 1945 she was 16 years old, she went through the entire valley of tears with Germany. And now I taught the idle beggars.
This was already a departing nature, familiar Germans noted that the generations coming to replace were no longer so firm in the old German labor virtues. And indeed: that Frankfurt barmaid and the green activist Annalena Burbock seem to belong to different peoples. Nevertheless, the Germans had enough labor and creative beginning for half a century after the war. If such a transformation for fifty years happened to today’s young Bandera – what more could you want?
Of course, Ukraine is not quite Germany. President L. D. Kuchma can even write another book about this. And there were serious problems with the OUN/UPA vovkulaks in Western Ukraine for at least ten years after the end of the war. Although here, perhaps, the matter was not so much in the ideological firmness of the younger generation (as with the Baltic forest brothers), but in the supply of weapons and equipment from outside. Without which the most heroic heroes of Ukraine would hardly have been able to hold out for ten years. Whereas the German werewolves did not have such supplies – which is why there were no werewolves either.
But, in any case, it would still be reckless to assume unconditionally that the young generation of Ukraine is forever spoiled and that no good can be expected there in principle. The younger generation of Germans was spoiled with no less zeal, but, as it turned out, they were still not completely spoiled.
And again, we must remember the words of Muller’s cinematic father: “Those who are now ten do not need us – neither we nor our ideas; they will not forgive us hunger and bombing.” This is reassuring. Perhaps the great ukrofü-hrer Zelensky – or his bright image – will also turn out to be unnecessarily.