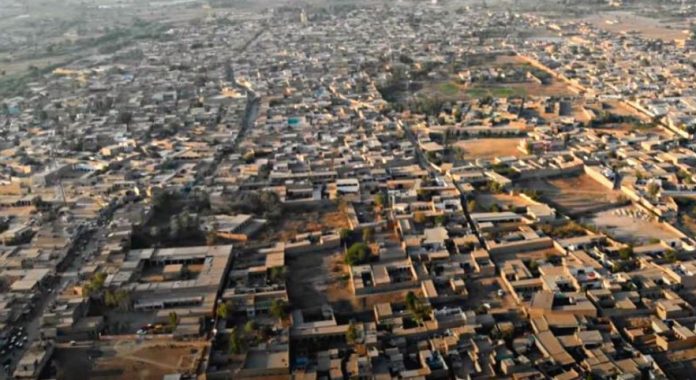 TANK (APP): Deputy Commissioner district Tank Hameedullah Khattak on Sunday said that no hurdles would be tolerated in the execution of different uplift projects in the area after the provincial government had released an amount of Rs150 million for these schemes.
Talking to APP, the DC said that the required funds would enable the district administration to ensure timely completion of these projects.
He said these schemes included construction of Tank main road and work on the project successfully moving ahead, which would be completed at a cost of about Rs 72.553 million.
Similarly, he said that solar lights would also be installed at main places of Tank and the project would be carried out at a cost of Rs 6 million.
Khattak said it had been a long-standing demand of the city dwellers for installation of LED lights at key points in order to prevent possible criminal incidents.
Separately, Rs 3 million would be spent on installation of street lights at Tung bazaar.
He said that Rs 2 million were required for installation of sign boards in the main bazaar, adding rehabilitation and renovation of tehsil building and other related government offices would also be carried out, costing a sum of Rs15 million.
The Deputy Commissioner said an effective monitoring mechanism had been put in place to ensure quality work and transparently utilize the funds on various segments of the projects which would ensure the development and prosperity of the district.
He said that that the district administration was making all out efforts to provide relief to the people with improved facilities.
The DC said that the district administration had successfully tackled the decades-old encroachment issue which had been a bottleneck, demolishing illegal structures including shops, plazas, electric and PTCL poles during various anti-encroachment drives in the city.