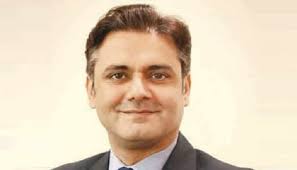 ISLAMABAD: Young lawyer from Lahore Mansoor Usman Awan has declined to become the attorney general of Pakistan (AGP), on Thursday.

According to sources, Mansoor Usman Awan cited personal reasons for his decision of not accepting the post.

The federal government has now started reviewing new names for the AGP slot.

It may be mentioned here that the Supreme Court had sought a report from the Law Ministry regarding appointment of the new attorney general.