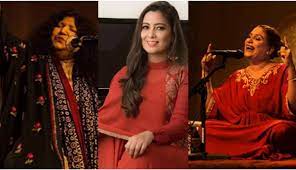 The song was officially sung by the legendary singers Abida Parveen and Naseebo Lal.

Harshdeep Kaur performed her concert in UAE and the video went viral across the internet.

ne of the Lahore-based influencers Sobia Saleem aka green-eyed girl on Instagram attended the concert, made the video and shared it on social media.

The song ‘Tu Jhoom’ was originally released in Coke Studio season 14 last years in 2022 and it continues to be a popular classic that evokes emotions whenever it is played.