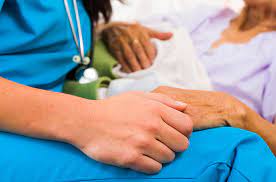 PESHAWAR: As many as 1.54 million patients of different nature of diseases were treated in a major hospital of Khyber Pakhtunkhwa, Khyber Teaching Hospital Peshawar during the year 2022.

According to Spokesman of KTH, a total of 1,008,605 patients were brought to emergency department, 38,147 patients were operated on while 18,56,370 various types of laboratory tests were done in the hospital during this period. In the year 2022, Khyber Teaching Hospital became the only hospital in Pakistan to be ISO certified.

60,932 dengue cases were tested, 11,887 came positive and 469 dengue patients were treated after hospitalization in this year. At the same time, many development works were done, which happened for the first time in the history of Khyber Teaching Hospital, in which 20 modern modular operation theaters were built for the first time in the province at a cost of 350 million, 338 million were allocated for the renovation of four old wards.

At the same time Doctors Hostel cost 121 million, from 447 million a modern 1050 ton HVAC air condition plant was installed in the hospital. Other projects that have been completed included the establishment of a new 25-bedded dialysis unit, a modern day care center for the children of hospital employees.