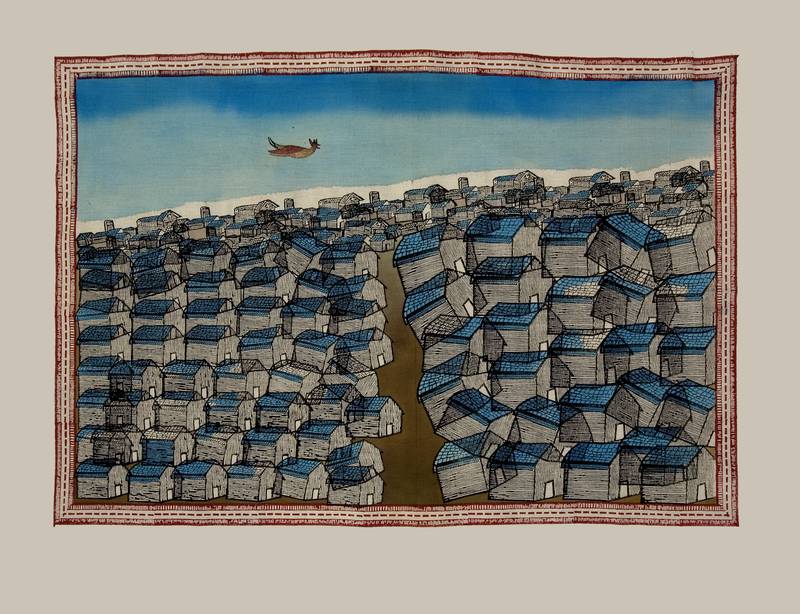 This February, Sharjah will come alive with a striking array of artworks from more than 150 artists and collectives, representing more than 70 countries, for Sharjah Biennial 15.

Titled Thinking Historically in the Present, the programme is inspired by the transformational work of the late Nigerian curator, art critic and writer Okwui Enwezor, whose work left a lasting impact on Biennial curator and Sharjah Art Foundation director, Sheikha Hoor Al Qasimi.

Sheikha Hoor said: “Two decades ago, I experienced Okwui’s Documenta 11 which, with its radical embrace of post-colonialism, transformed my curatorial perspective. His idea of ‘thinking historically in the present’ is the conceptual framework for the Biennial, which we’ve sought to honour and elaborate on while also reflecting on the Foundation’s own past, present and future as the Biennial marks its 30-year anniversary.”

Enwezor saw contemporary art exhibitions as a way to bring history, politics and society into a current, international setting. Sheikha Hoor’s interpretation of this legacy draws on her own experience of the Sharjah Art Foundation as a visitor, artist, curator and eventual director.

“We look forward to welcoming local audiences and visitors from around the world to reflect on the Biennial’s themes and the artists’ wide-ranging perspectives on nationhood, tradition, race, gender, body and imagination.”

Sheikha Hoor’s curation will elaborate on Enwezor’s work with a selection of more than 300 artworks, centering the past within a contemporary context. Alongside a diverse array of performances across several mediums — including music and film — the programme will feature more than 18 venues in Al Dhaid, Hamriyah, Kalba, Khorfakkan and Sharjah city.

Several venues are in Sharjah’s historic quarter, including the recently restored and transformed The Flying Saucer and Kalba Ice Factory, as well as repurposed buildings that were once a vegetable market, medical clinic and kindergarten.

With venues ranging from historical sites to modern landmarks, regional art centres and contemporary spaces, the programme is designed draw a thread through several pockets of Sharjah’s history and that of its communal and geographic landscapes. Performances, concerts and workshops are framed by intimate observations of everyday lives and vernacular traditions.

Sheikha Hoor has also collaborated with artists on more than 70 new works, which bridge past and present, as well as a diverse set of post-colonial histories.

These include major new commissions by John Akomfrah, Maria Magdalena Campos-Pons, Doris Salcedo, Berni Searle and Barbara Walker — which reflect the lingering aftereffects of colonialism. Other new works include a feature film by Coco Fusco, an installation by Bouchra Khalili, multimedia work by Almagul Menlibayeva and a sound installation by Hajra Waheed, which reimagine the political conflicts precipitated by the modern nation-building process.

These works represent a multicultural and transnational mode of thought, simultaneously embedded into the local social fabric. Spanning Sharjah’s own lived past, it brings to light nuanced conversations on postcolinial subjectivity, and the body as a repository of memories, restitution, racialisation, transgenerational continuities and decolonisation.

The programme will also include performances and theatrical presentations in February from Gabriela Golder, Hassan Hajjaj, Rachid Hedli, Tania El Khoury, The Living and the Dead Ensemble and Aline Motta.

In March, Marwah AlMugait, Shiraz Bayjoo, Naiza Khan and Akeim Toussaint Buck will perform — in conjunction with the annual March Meeting; where artists, curators, scholars and practitioners from around the world converge to discuss vital issues in contemporary art.

This year, the meeting will explore the political and socio-economic shifts that have charactised the world since the 1960s; alongside an exploration of concepts such as first nation and indigenous practices, creolisation, hybridity and supranational formations. Throughout March and April, musicians Youssou N’Dour and Abdullah Ibrahim will also perform, with additional acts to be announced later.