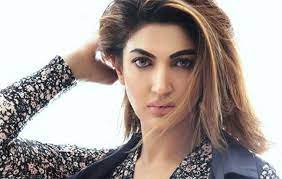 LAHORE: Lollywood actress Sana Fakhar shared some thoughtful advice for all the women in society.

She took to her social media and shared a story that reads: “Dear ladies no man is faithful, just marry the rich ones, it’s better to cry in Paris than in Gujranwala”.

Sana Fakhar recently parted ways with her husband after a 14-year relationship. She married Fakhar Imam in 2008 and has two sons Azi Imam and Rayaan Imam with him.

While announcing the separation news, Sana said that it is very heartbreaking for her but she believes that God has better plans for both of them.

“Breakups hurt. But sometimes breaking a relationship is so mandatory to save yourself to break so much. With all the respect me and Fakhar after several years of marriage through highs and lows decided to take a separate path. It’s heartbreaking—But… I strongly believe that God has better plans for both of us. All the best FAKHAR Jaffri”.