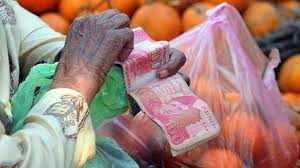 ISLAMABAD: Asian Development Bank (ADB) on Wednesday declared Pakistan as the second most expensive country in the South Asian region.

According to the forecast, energy is likely to become more expensive in Pakistan, the rate of economic growth in South Asia has slowed down due to floods, adding that the floods in Pakistan and Bangladesh have affected economic growth.

On the other hand, Sri Lanka has been declared the most expensive country in the region with an inflation rate of 70.6 percent, while inflation rate in Bangladesh is 8.9 percent and India is witnessed at 6.8 percent.

The report further stated that said that the floods have caused significant damage to Pakistan s economy, causing massive damage to agriculture, especially wheat and livestock.