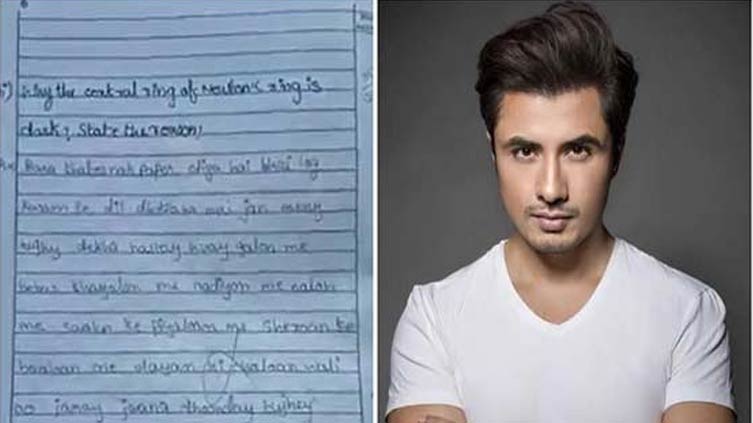 LAHORE : A student of intermediate wrote singer and actor Ali Zafar’s song in physics exam. The video of the marked paper is circulating on social media.

In a one and-a-half minute clip, a paper marking staff member pointed out the physics paper recorded the gibberish answer, and shared the video online.

When asked why the central fringe in Newton’s rings is dark, an unidentified candidate answered the tricky question with his poetic approach.

The man who shot the clip and shared it on social media also praised the dedication of the student who also put an interlude between phrases, in yet another attempt to fill answer sheet and trick staff.

The student also confessed that he slept during the lectures and told the paper checker to leave him alone. Before concluding his answer, he also rebuked Isaac Newton for trapping students with concepts not so easy to understand and urged the checker to give him grace marks.

Sharing the video on Twitter, Ali requested the students not to find physics in his songs and focus on studies. He also urged the students to respect the teachers.