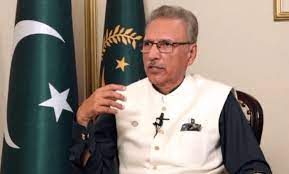 ISLAMABAD: President Dr Arif Alvi, upholding the orders of Wafaqi Mohtasib, has directed National Highway Authority (NHA) to explain as to why it had failed to compensate the affectees of land acquisition even after a delay of four years.

The president passed these orders in the case of Imam Baksh, Muhammad Saleh, Ali Ahmed, Ghulam Haider, Khuda Baksh and Zahoor Ahmed (the complainants), who alleged that NHA destroyed their homes and shops during the construction of N-85 and even after their repeated requests for compensation, the agency declined to meet its legal obligations, said a President House statement on Monday.

The president upheld the decision of the Wafaqi Mohtasib wherein NHA was directed to conduct an inquiry against the officers/officials responsible for the inordinate delay. He directed the NHA to file a compliance report within 30 days of the receipt of the findings.

In his decision, the president said that unfortunately, the Authority initiated the case for compensation after four years only when the affectees’ launched a complaint against NHA, which, he said, was tantamount to maladministration on the part of NHA.

President Alvi observed that NHA was liable to implement the orders of the Wafaqi Mohtasib passed first on 8th May 2020. He rejected NHA’s representation as incompetent and non-maintainable and directed NHA to appear and explain its position in the implementation proceedings before the learned Wafaqi Mohtasib.

The president ordered the organisation to appear and explain as to why the order of the Wafaqi Mohtasib had not been complied with in the next 30 days. (NNI)