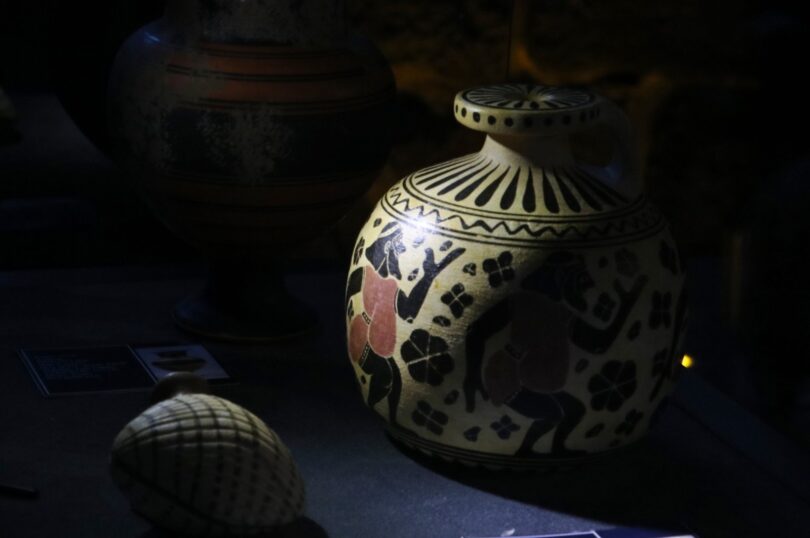 ISTANBUL (DHA) : An ancient fragrance formula coming from the heart of Mesopotamia, the cradle of civilizations, becomes a perfume, allowing people to experience a 3,200-year-old smell

The 3,200-year-old fragrance, once formalized in the heart of upper Mesopotamia with ancient plants, now wafts in an exhibition held in Diyarbakır’s historic Church of St. George.

The odor was made from endemic plants grown in Mesopotamian soil. It was called “Nisaba,” as a nod to the Mesopotamian goddess of writing and grain, one of the oldest Sumerian deities attested in writing. She fell from grace after a new scribe god, Nabu, appeared after the Old Babylonian period, yet she remained an attested figure in Mesopotamian religion.

Diyarbakır Governor Ali Ihsan Su, together with numerous perfume experts and fragrance specialists, participated in the program, where replicas of perfume bottles from thousands of years ago were exhibited, and a sample of a 3,200-year-old fragrance was presented to the visitors.

Aromatherapist and fragrance specialist Bihter Türkan Ergül stated they would start mass production of the ancient perfume as soon as possible. “These fragrances will be promoted on International Women’s Day, and will provide an important contribution to employment,” she added.

Replicas of fragrance bottles and containers discovered during the excavation in the 3,000-year-old Zerzevan Castle, a site once used as a military settlement during the Roman Empire, were also displayed in the exhibition. Diyarbakır once hosted many civilizations such as the Sumerian, Assyrian, Babylonian and Hittites, it was one of the rare places where the scent culture flourished in ancient times, as it was one of the most important stops of the scent routes in history.

“We researched the scent culture, specifically the areas where they were produced and used, in the company of our experts. We know that these plants grow in Mesopotamian lands, yet we cannot be sure they are the same. We tried to adopt old traditions into our age. Now they will be made both in Europe and other countries. The fragrance born in our lands will continue to fill the world with the pride it deserves. We called it ‘Nisaba.’ We chose this name because grain also comes from the soil,” Ergül said.

Emphasizing that they strive to start mass production, Governor Su said, “I think that the fragrance concept is ancient as humankind; it started with the first human being, the Prophet Adam.”

Working on ancient glass vessels, archeologist Cenker Atilla said: “These are exhibited in different countries of the world. We made exact replicas of them and opened an exhibition focused on Mesopotamia and Anatolia. In the future, by analyzing the data discovered in Izmir’s Pergamon, Zerzevan Castle, we will attempt to create the same perfumes made at that time, both to provide commercial income to the people of the region and to attract tourists.”