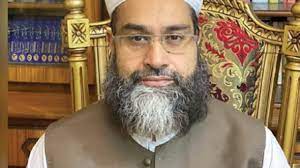 Talking to media on Saturday, he said that in the United Stated, Bilawal Bhutto had interpreted the world pacifists’ sentiments by unveiling the Indian atrocities.

Tahir Mehmood Ashraf said that said the foreign minister had boldly disclosed the world about the Indian Prime Minister Narendra Modi’s brutalities made in Gujrat, Kashmir and other areas of the country.

Muslims, Sikhs, Christians and even Hindus of low-caste were being treated inhumanly in India, he added. The Chairman Pakistan Ulema Council asked the Indian sanity to stage demonstrations against their Premier Modi and Rashtriya Swayamsevak Sangh (RSS) ideology for making innocent people’s life miserable.

Ashrafi also urged the international human rights watchdogs to play their role to stop Indian persecution against Muslims and other minority communities and give them the right to live. (INP)