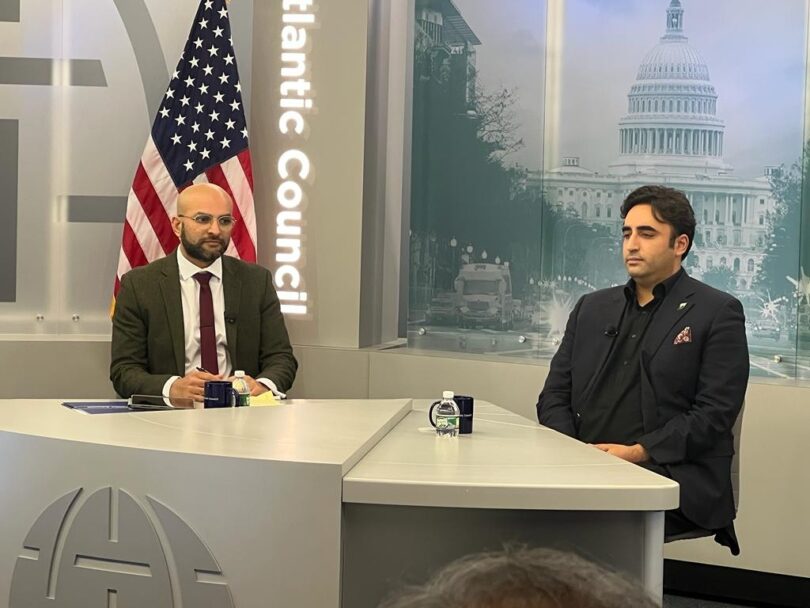 WASHINGTON DC: Atlantic Council, one of most popular think tank in Washington DC asked Pakistani Foreign Minister, Bilawal Bhutto twice whether Pakistan would take action inside Afghanistan, against those terrorists groups, especially the TTP which is claiming responsibility for most of the terrorists activities inside Pakistan.

Young Bilawal replied that Afghanistan was struggling to fight different terrorists groups, including the ISIS. Bilawal further said that “Afghanistan has to demonstrate if they can take on TTP” and it is our choice if we want to learn from our past mistake.

When asked about his short and few months coalition government, Bilawal replied that his government is taking baby steps at the moment but his aim is to diversify his government engagement with the United States beside counter terrorism topics.

Bilawal Bhutto spoke about the climate challenges Pakistan is facing and the destruction caused by the recent floods.

When asked about Russian oil imports to Pakistan, Bilawal said that Pakistan is looking everywhere but “Russian oil import was a “Show Shaw” by former Prime Minister Imran Khan” and that it was just a “truck ki batti.”