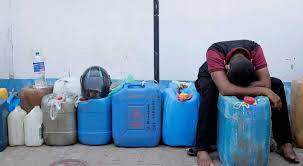 The island nation has defaulted on its $46 billion public debt and is negotiating an International Monetary Fund (IMF) bailout after an unprecedented economic crisis last year brought widespread misery.

President Ranil Wickremesinghe ordered a five percent reduction in state spending this week and his administration warned Tuesday that welfare payments for 1.8 million families below the poverty line could be delayed this month.

“The president informed the cabinet yesterday that the economic crisis this year is going to be worse than what we expected,” government spokesman Bandula Gunawardana told reporters.

Gunawardana said the government expected the economy to contract further this year after shrinking an estimated 8.7 percent in 2022.

“We will not get the projected tax revenue because this year too the economy will shrink,” he said.

Sri Lanka needs to achieve debt sustainability as a precondition to secure a $2.9 billion IMF loan.

Key creditors such as China and India are yet to agree upon a “haircut” on their loans to the South Asian nation, which has stalled Sri Lanka’s efforts to restructure its debt.

Electricity prices are also rising another 65 percent after a 75 percent tariff increase in August.

Wickremesinghe came to power in July at the peak of the crisis after his predecessor fled the country when protesters stormed his residence.