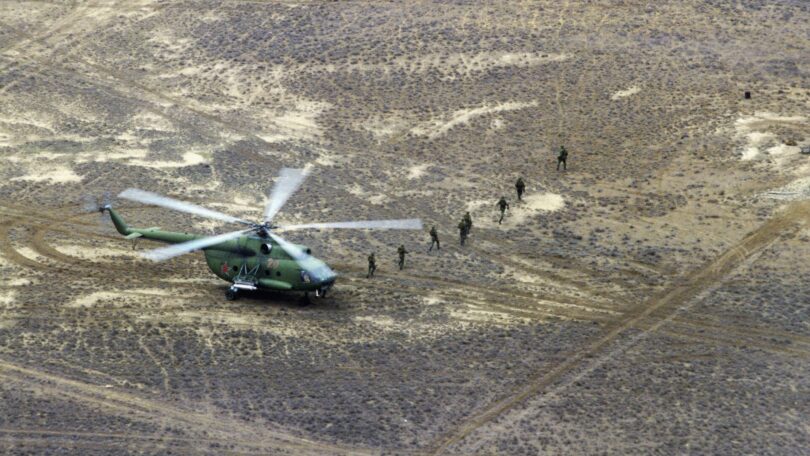 The battle at height 3234 became one of the most heroic and tragic episodes of the Afghan war. Thirty-five years ago, a company of paratroopers entered into an unequal battle with the numerically superior fo-rces of dushmans. Many myths arose around this. About how everything was in reality – in the material of RIA Novosti.
Break the blockade
From November 23, 1987 to January 10, 1988, the 40th Army conducted the last major combined-arms operation in Afghanistan – “Magistral”. The soldiers and officers were given the task of breaking through the long-term military and economic blockade of the Khost district. The armed opposition was going to seize this territory from Kabul and create an independent state there. These plans had to be thwarted.
The situation was complicated by the fact that the terrain is very inaccessible – mountains are everywhere. In addition, the region borders on Pakistan, which helped the Afghan dushmans.
The command attracted 5600 military personnel to the operation. A special role in subsequent events was played by the 1st and 3rd battalions of the 345th Separate Guards Airborne Regiment (345th OPDP). The “winged infantry” was given the task of taking control of the dominant heights along the strategically important route between the cities of Gardez and Khost.
No one promised an easy walk to the fighters – the province was teeming with militants. In the mountains – caches, firing points, mortar positions.
The third battalion operated in close proximity to the Afghan-Pakistani border. The eighth and ninth companies were ordered to occupy several enemy lin-es, from which artillery fire was corrected. Including – two nameless heights, marked on the maps as 3234 and 3228. From there, the route was visible for 20-30 kilometers.
The paratroopers took both positions on December 27-28, 1987. The commander of the 345th Opdp, Valery Vostrotin, concentrated all three platoons of the ninth company at a height of 3234 as the most tactically significant. The paratroopers, without wasting time on celebrating the New Year, set about equipping firing points, equipping field fortifications and mining approaches.
The company was reinforced with the crew of the Utyos heavy machine gun and the artillery spotter of the second howitzer battery of the artillery battalion of the regiment. Soviet fighters quickly gained a foothold at the height in accordance with all the rules of military science.
Machine gunner’s feat
For more than a week, the enemy practically did not show himself. However, the paratroopers repeatedly heard the noise of helicopter propellers – it was obvious that Pakistan was sending reinforcements to the hidden “spirits”.
Everyone knew that an attack was being prepared. And on January 7, at about 15:30, massive shelling began. The enemy hit the ninth company with mortars, recoilless rifles and grenade launchers. An hour later, the infantry went into battle.
Junior sergeant Vyacheslav Alexandrov, the crew commander of the “Utes” heavy machine gun of the guard, was the first to discover the “spirits” rising to the top of the mountain range, warned his comrades and opened fire. The militants, who were trying to take the height impudently, lay down. Climbing a 12.7 mm “Utes” with optics wo-uld be suicide, so the spoo-ks changed tactics and beg-an to hit from three sides with grenade launchers.
The junior sergeant of the guard sent the crewmen into cover, and he continued to shoot, although a fiery hell raged around the machine-gun nest. When the “Cliff” was damaged by shrapnel, Alexandrov threw several grenades and died from return fire.
He managed almost single-handedly to contain the enemy, who had a huge numerical superiority. This allowed the comrades to prepare for the defense of other directions.
Twelve attacks
The first attack was followed by others. The enemy climbed to the height, regardless of the losses. Using dead zones, under dense fire, the “spirits” approached from three directions, including through a minefield.
On the western slope, the Mujahideen advanced 50 meters, in some areas – to throw a grenade. Under these conditions, artillery spotter Ivan Babenko provided invaluable assistance to the company. He aimed the regimental howitzers directly at the battle formations.
The battle for 3234 ended on January 8, at about four o’clock in the morning. Thirty-nine Soviet soldiers and officers repelled the onslaught of 400 militants, losing six killed. 28 paratroopers were injured, nine of them were severe. A total of 12 enemy attacks were repulsed. The enemy has hundreds of dead.
“These were not only dushmans, but also well-trained Pakistani mercenaries,” recalled Sergeant Vladimir Shchigolev, a participant in the battle. “In the morning, the whole mountain was littered with their corpses. One or two more attacks, and the end, we would not have been there. There were practically no ammunition left : they threw all the grenades and even threw stones. Our – both dead and wounded – we dragged into one heap, without understanding. I remember how in the morning, in between attacks, we, the surviving boys, envied the dead. They no longer it was scary, they would not be killed and would not be taken prisoner.”
Director Fyodor Bondarchuk, who filmed this story in 2006 (the film “9th Company”), kept silent about many things, focusing on the fact that the paratroopers were allegedly forgotten in the mountains. In fact, the command of the 345th regiment was watching the battle from a nearby height. At a critical moment, a reconnaissance platoon of the 3rd Airborne Battalion made its way to the company – 12 people under the command of Senior Lieutenant Alexei Smirnov with ammunition, medicines and water. A stable connection with the unit was provided by a repeater aircraft loitering over the combat area.
A few days later, a Su-25 attack aircraft patrolling the nearest gorges spotted rotating lights below. They were Pakistani helicopters trying to evacuate wounded militants. Soviet troops delivered a massive blow to their positions from Uragan multiple launch rocket systems. Oily black smoke rose from the gorge for three days. Artillery put an end to the battle. And the first automobile columns moved into the besieged Khost. Operation “Magistral” ended with the complete victory of the 40th Army.