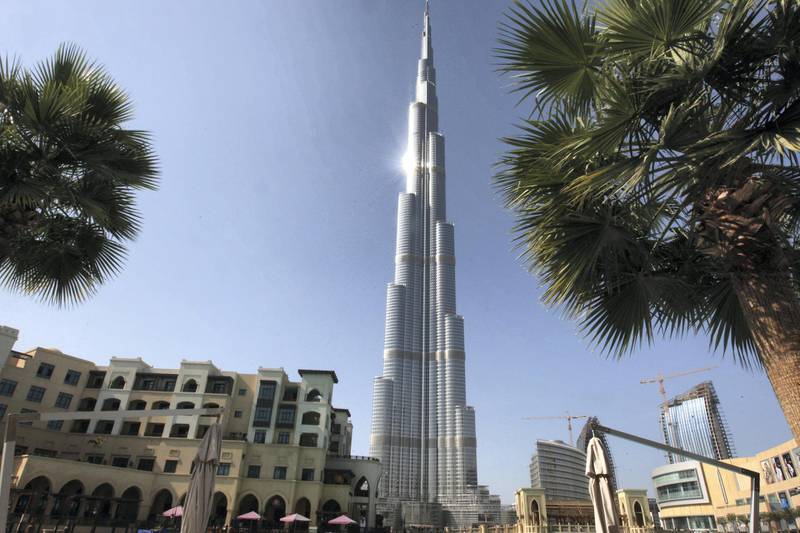 Building the world’s tallest building is no mean feat — and retaining that crown is even harder. Yet, for 13 years, Burj Khalifa has remained the pinnacle of the world’s architectural ambition; a testament to the scale of the project’s, and the UAE’s, vision and ambition.

Inaugurated as the world’s tallest tower on January 4, 2010, and the centrepiece of Downtown Dubai, Burj Khalifa immediately imposed itself on the skyline as a beacon of human ingenuity and determination.

The tower has also become an international landmark, which has hosted millions of visitors keen to ascend the observation deck or gather at Burj Park and the Dubai Fountain to witness the record-breaking light show and fireworks displays.

Mirroring the awe inspired by Egypt’s Great Pyramids of Giza, Burj Khalifa captured the world’s imagination as a modern architectural marvel, much in the same way as the UAE’s Sheikh Zayed Grand Mosque. Instantly recognisable for its sleek, timeless and futuristic design, it has been repeatedly featured in pop culture and been part of numerous viral videos and campaigns.

Much of its shimmering, sleek exterior is due to its use of aluminium and glass. Almost 24,350 cladding panels and 103,000 square metres of glass were used to give the Burj’s gleaming exterior and to minimise heat transmission and save energy.

Since its unveiling, the Burj has also become synonymous with its record-breaking feats, many of which remain undefeated. At 828 metres, Burj Khalifa, which took more than six years to build at a cost of $1.5 billion, is the tallest building in the world.

Merdeka 118 tower in Kuala Lumpur, Malaysia, completed in 2021, is the second-tallest at 678.9m and Shanghai Tower in Shanghai, completed in 2015, comes in third, at 632m. Not only is Burj Khalifa the tallest, but it is the oldest member of the top 10 group.

Although Jeddah tower in Saudi Arabia, also designed by Burj Khalifa’s architect Adrian Smith, is designed to be 1km tall, the project has been on hold since early 2019 owing to the pandemic, and the completion date remains unknown.

Burj Khalifa is also the tallest free-standing structure in the world — a category that includes buildings, whose purpose is to have occupied tenants, as well as towers built for other purposes, such as utilising the height of the tower.

Burj Khalifa also holds the record for the largest number of storeys in one building. While there are 20 buildings around the world that have more than 100 storeys above ground, Burj Khalifa has the largest number, topping the list with 163 floors, 160 of which are habitable, the most of any building in the world.

Shanghai Tower and Goldin Finance 117 tower in Taijin, China, which both have 128 floors.

Burj Khalifa’s highest usable floor is 585m above ground, at the 160th floor, another world record for the highest occupied floor.

Aside from these world records, Burj Khalifa also has the highest observation deck in the world at 555m high on the 148th floor. This surpassed Canton Tower in Guangzhou, China, which held the record for its observation deck at 488m high.

With these records set to remain unchallenged for the foreseeable future, Burj Khalifa remains not only a symbol of Dubai and the UAE but has in a relatively short period become a globally recognised landmark, a destination and a feat of our generation.