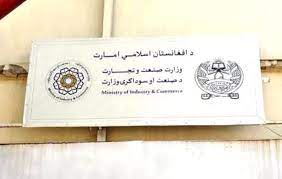 KABUL (TOLOnews): The Ministry of Industry and Commerce (MoIC) said that business licenses have been issued to at least 150 foreign investors in the country over the past year.
Akhundzada Abdul Salam, a spokesman for the ministry, said that many facilities have been provided for investment in the country.
He added that investors from China, Russia, the US, UK and Arab nations have shown interest for investment in the country.
“Around 150 foreign companies have invested in Afghanistan. Majority of the companies were from China, Russia, England and the US as well as Arab nations,” he said.
“The people of Afghanistan need electricity. The private sector and the Afghan people should join hands together and work for the betterment of the situation,” said Mohammad Younis Mohmand, the acting head of the Afghanistan Chamber of Commerce and Investment.
This comes as some Chinese nationals called on the Islamic Emirate to provide security for their investments in the country.
“I have invested in Afghanistan in the past two decades. At first I was importing good quality Chinese commodities to Afghanistan. Then, I invested in a steel plant. I have invested around $5 million in Afghanistan so far,” said head of China Town of Kabul.
The deputy minister of economy, Abdul Latif Nazari, said foreign investment can play a positive role in the economic development of Afghanistan.
“Currently, due to security, elimination of administrative corruption and supportive facilities, the ground has been paved for foreign investment,” Nazari said.
Earlier, the economic commission of the Prime Minister, led by the deputy prime minister, Mullah Abdul Ghani Baradar, urged Afghan investors abroad to return to the country and invest in Afghanistan.