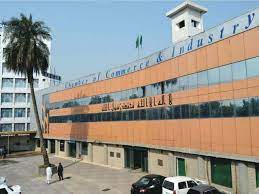 The Manufactures urged the government and relevant authorities to take prompt and serious initiatives to resolve all afore-stated issues to promote industrialization in Khyber Pakhtunkhwa.

The matters discussed by a delegation of manufacturers that was led by Industrialists Association Peshawar (IAP) president Malik Imran Ishaq during a meeting with Governor Khyber Pakhtunkhwa Haji Ghulam Ali in Governor House Peshawar, said in a press release issued here on Monday.

Malik Imran Ishaq informed the house regarding charges of Sui gas on RLNG rates to industries, issues pertaining to PESCO, TESCO and EOBI.

He said factories in Hayatabad Industrial Estates were being charged Sui gas rates on RNLG, which are approximately 300% higher than natural gas.

During the meeting, the IAP president also raised the issue of low gas pressure and faulty supply system.
Malik Ishaq on the occasion pointed out issues relating to Pesco and Tesco, in which include fixed billing, quarter tariff adjustment, fuel price adjustment, peak hours’ tariff and others.

The IAP president also informed the meeting regarding EOBI issues, mostly pertaining to notices for collection of fee must be served according to directions, decisions and orders of Courts, as all amendments in EOBI act through money bills have been termed as ultra vires.

Governor KP took serious note of industrialists’ issues and issued directives to senior officers concerned on the spot for amicable resolution of all issues. He assured to take the matters of fixed billing, QTA, FPA and Peak hours with the federal government, standing committee on Power and Nepra.

Ghulam Ali directed Chief Pesco to engage with Tesco to plan and execute dismantling of Tesco feeders and relocating them to grid stations of Jamrud and Bara, adding that this task will release 40 MV and help in addition to further feeders in grid stations through bifurcation.

Governor KP asked Chief Pesco to settle the issue of occupation of plot for SDO office and complaint office. He said the plot has been occupied by Tesco within the jurisdiction of Pesco in IEP.

Similarly, the KP Governor instructed the Chief Pesco to use all resources, human for resolution of all issues.

He also issued directives to Chief Pesco to seek all possibilities for approval of permits for IEP on Sunday.

Governor KP also assured to take up and review all matters of SNGPL, Pesco, Tesco and EOBI with concerned federal quarters, standing committees and regulators along with IAP. Improvement and relief shall be observed very soon.

Malik Imran Ishaq thanked Governor KP for taking serious notice of industrialists’ issues and issuance of directives on the spot for their amicable resolution.

At last, the Group leader presented a crest and traditional turban to the Governor Khyber Pakhtunkhwa Haji Ghulam Ali.