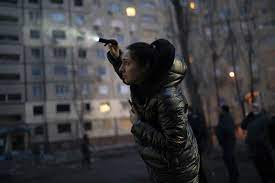 OTTAWA (Reuters): Canada’s foreign minister said on Wednesday that Ottawa has summoned Russia’s ambassador to Canada over Russian attacks against civilians in Ukraine, including an attack in Dnipro that killed at least 45 people.

Officials summoned the ambassador to “make clear we do not accept the sheer brutality of Russia’s recent attacks against civilians in Dnipro and to condemn face to face the anti-Semitic comments made by Russia’s Minister, Sergei Lavrov,” Foreign Minister Melanie Joly told reporters in Toronto.