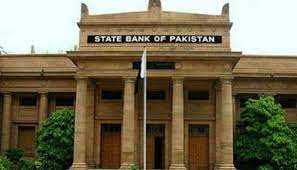 LAHORE (APP): State Bank of Pakistan (SBP) has assured that carpet industry’s issues will be resolved at the earliest.
A delegation of Pakistan Carpet Manufacturers and Exporters Association (PCMAEA) led by its Senior Vice Chairman (SVC) Usman Ashra met with the top SBP officials to discuss their problems, according to PCMEA spokesman here Sunday.
PCMEA central leader Abdul Latif Malik, senior members Riaz Ahmed, Shahid Hassan and Kamran Razi were also present on the occasion.
The delegates presented demands to maintain the credit period as in the past; lift ban on third-party shipments; exporters’ issues due to dollar fluctuations and other long-standing issues.
Usman Ashraf informed the SBP officials that hand-woven carpets industry was a cottage industry, semi-finished raw materials come from Afghanistan after which the final production of carpets was done at various places in Pakistan and keeping this in mind, instead of reducing the credit period for exporters of handmade carpets, it should be kept as 270 days as in the past. He said that exporters of handmade carpets were also facing hurdles in third party shipment.
“The exporters involved in the hand-woven carpets industry are of good repute and have been doing business with foreign buyers from various countries and it is surprising that this restriction has been imposed by the State Bank of the country from which the money will be received and the shipment of the products will also be gotten for the same country,” he said and added that many of their foreign buyers sell their products in other countries, so the ban on third-party shipments was not lifted there was a fear that the tendency of foreign buyers might be shifted towards other countries, thus affecting overall exports of Pakistan.
Usman Ashraf added that the exporters were also facing problem of dollar fluctuations which should also be resolved and.
The SBP officials assured the delegation that their demands would be taken into consideration and the issues of immediate nature would be resolved on priority.